Thayna returns stronger than ever 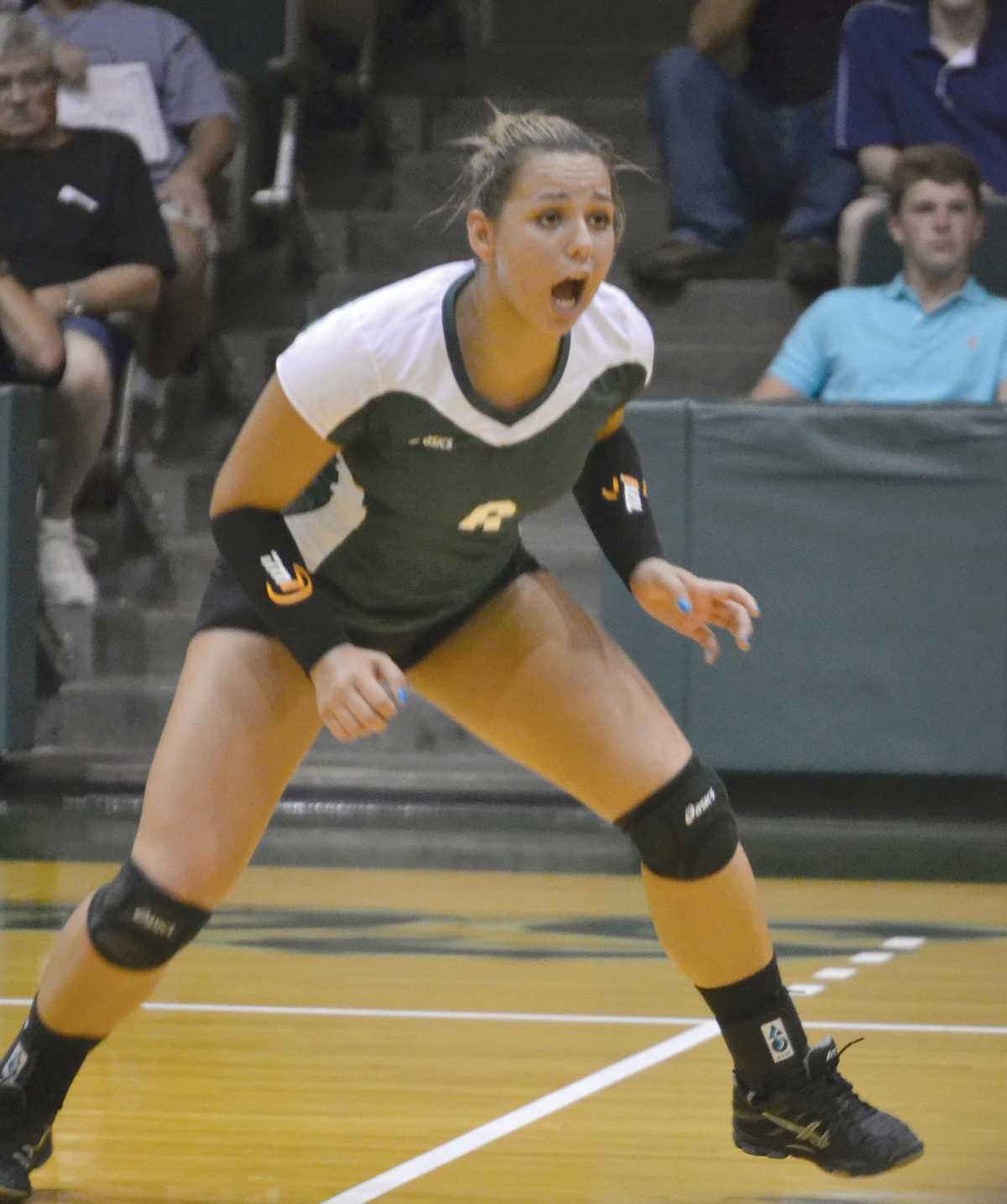 Crusader photo/Diana Chavira Thayna Silva, ready for the ball to return, never failed to call for the ball or communicate with her team.

When Thayna Silva tore her ACL in preseason last year, she shared that it was, “the worst thing that could’ve happened,” Silva said. In fact she was ready to quit volleyball altogether. The injury and subsequent surgery was a low point in Silva’s athletic career. Silva didn’t quit though, and she describes this year as amazing. Her perspective has changed this year on the court. She is so excited to play she can barely contain it. Sitting out has definitely drawn her closer to the game she loves. As the season began, Silva admitted it was scary as well. She stated that in her mind her knee wasn’t ready at the start of the season, but now she knows she’s good. While the injury might of been the worst thing to happen to Silva, her return may be the best thing that has happened to the Lady Saints. Her coach, Bert Luallen, calls Silva, “the kind of player teammates can count on.” Counting on Silva is something that the Lady Saints have definitely done to this point in the season. Silva was KJCCC Division I volleyball Player of the Week just 3 weeks ago. During that week, Silva averaged 4.00 kills a set and 3.27 digs a set. Overall this season, Silva has averaged 3.71 kills per set with 141 total, and she has 125 digs with 3.29 per set. Silva also has 157.5 points this season so far for the Lady Saints. The points and kills are both team highs. Silva is happy that she is on the court again, and her team is as well. Teammate Sheree Ryan said, “Thayna means a lot to the team, not only is she a good teammate, but also she is very talkative on the court, and we really like that about her.” Coach Luallen raves about her efforts. “Not only is she a great hitter, but she is very tenacious on defense. She plays 110 percent the whole time, and this being her third year she is in a leadership role naturally,” said Luallen. Injuries are a part of the game, but successful returns back to the game are rare. Many don’t even make it back. Many go home and quit, but luckily for the Lady Saint Thayna Silva wasn’t that player. She has fought back, and now she is giving everything she has to the game that she has played since she was eleven years old. “I can’t live without it.”