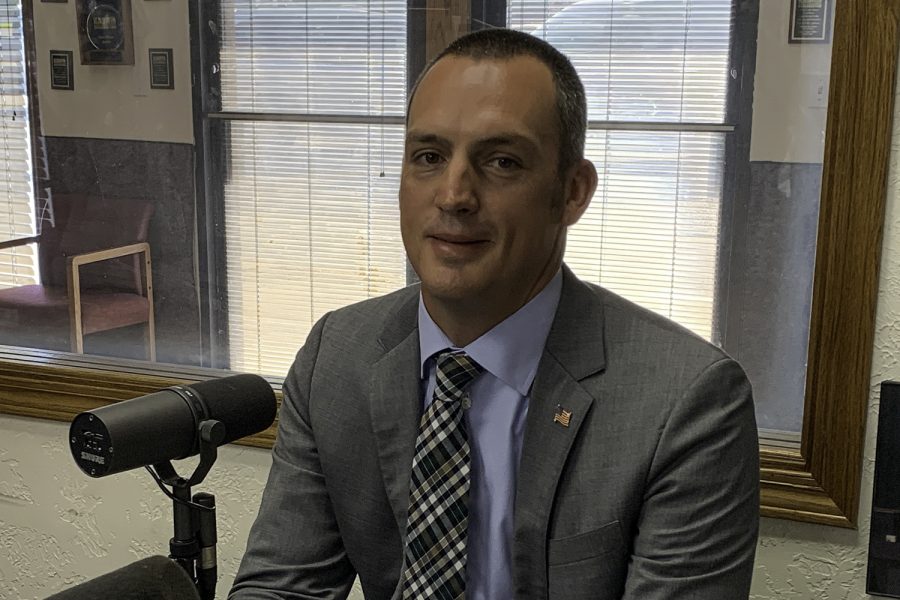 Brad Bennett will be the 11th president in Seward County's history. He comes from Colby Community College.

The search for a new president has ended for Seward County Community College. Brad Bennett will serve as the 11th president in the history of the college. He will begin his official duties on Oct. 12.

“We’re pleased to have made an offer and signed a contract with our first choice of the five candidates interviewed,” Ron Oliver, chairman of the SCCC board of trustees, said in a press release. “Brad comes to us not only with an impressive skill set and high recommendations from peers across the state, he will also be a good fit for our community.”

“[He and his wife] are going to buy a house here, which is a big thing saying that he’s here to stay for a long time,” Brosowske said.

Bennett comes to SCCC with varied experiences in the education field. A Colorado native, Bennett worked in the private sector before he moved to K-12 education. In his undergraduate studies Bennett majored in history and minored in education before earning a master’s degree in business. He is in the process of completing a doctoral degree.

Bennett has served at Colby since 2008, starting as instructor and program director and working his way up with steady promotions. A stint as interim chief financial officer offered an opportunity to expand his skills, he noted in his application, though he opted to return to working directly with students rather than remain in that position when offered the opportunity. In his current capacity as the first-ever executive vice president of CCC, he combines oversight of academics and student affairs.

SCCC’s presidential search process was “comprehensive and intense,” said Oliver. “We have good momentum right now, and felt it was important to fill the position immediately, despite the timing,” of the pandemic and the beginning of the fall semester. Oliver thanked executive assistant Lois Magner and the SCCC team as a whole for completing a thorough and transparent hiring process that included seven separate campus panels of interviews for each of the five candidates.

Bennett is excited for the changes ahead.

“I’m so honored to be offered this opportunity,” he said. “I’ve always respected SCCC and the community of Liberal, and I’m excited to serve the college and the community. My thanks to the board of trustees and the entire SCCC family for their support.”