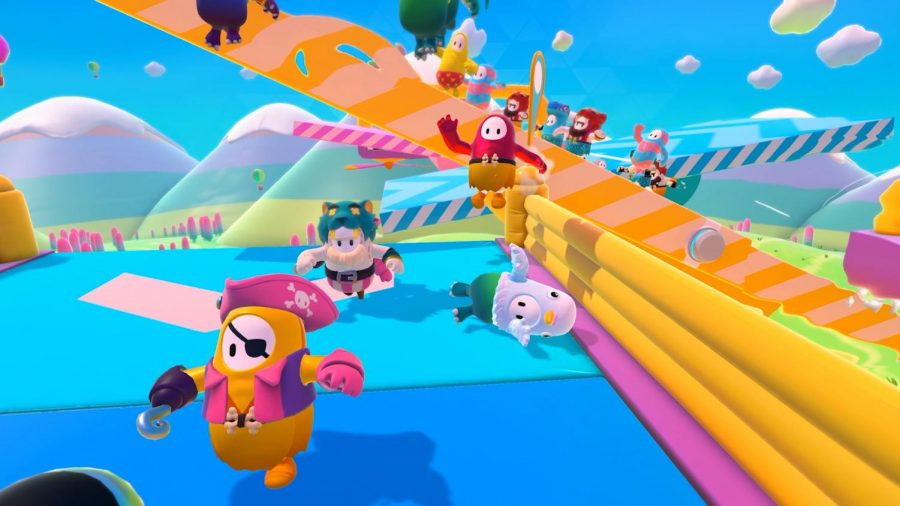 One of the newest games to sweep into the Student Living Center is Fall Guys-Ultimate Knockout.

Imagine yourself as a jelly bean-like creature that can hop, dive and grab other players within a game. This is all part of the latest video game, Fall Guys: Ultimate Knockout, that has taken over the student living center and campus.

Fall Guys: Ultimate Knockout is a new battle royale-elimination game that goes through multiple stages with each one more challenging than the last. The goal is to progress through the rounds by meeting the requirements to advance, with the amount of people allowed to qualify dropping each round.

The gameplay on its own is already interesting, but you also have 59 other people in the mix. That’s what makes this game unique. These people influence the choices you make and add another level of complexity to this seemingly simple and straightforward game

Fall Guys’ most notable feature is its art style, many players love the wacky color combinations and overall bright and cheery atmosphere the art design brings to the game.

According to fanbyte.com, the lead designer Joe Welsh said, “We wanted to make a game that made you feel like a middle aged japanese business man lined up with 59 other people on a start line.”

While this is an interesting way of wording it he may have hit the nail on the head with that description. Welsh also said that Fall Guys was never meant to be a game where the character became decked out with tons of weapons and abilities, but rather a game where your character is a soft and squishy jelly bean that is not meant to be in such a competitive environment.

What makes this game interesting is how the player decides to use these mechanics. Grabbing, for example, is a utility function that poses a risk and rewards ability because you can win the match by doing it, but you can also be taken down as well. Many players use grabbing as a last resort to make it to the next round, while others use it to troll people at the finish line.

Fall Guys has sold over 7 million copies and was the most downloaded game of all time on playstation plus, and this is just on PC and Console platforms. It didn’t release without a few challenges. Almost immediately the servers went down, something happens to most all big multiplayer games. The game had 1.5 million players less than 24 hours after launch.

According to TheVerge.com, Daniel Ahmed, a games analyst, tweeted that a Chinese entertainment company by the name of Bilibili had secured rights for making a mobile version, but only for China.

I have watched many people play this game and if you ask me, I would highly recommend it.