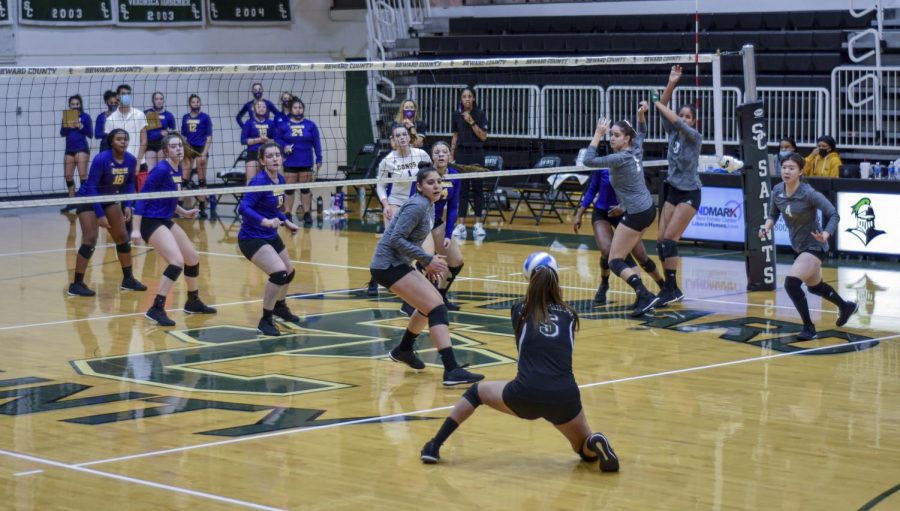 Sophomore Grecia Soriano, saved the ball as Dodge City tried to make a kill. The Lady Saints won all 3 matches against the Lady Conquistadors.

The first set had both teams scoring point after point until Seward took control, making it a 17-9 lead over Dodge City. The Lady Saints won this set with a score of 25-22.

The Lady Saints kept the momentum in the second, scoring point after point early on with a lead of 14-9. The set ended with a win for SCCC with a score of 25-16.

The third set began and Dodge City came at the Lady Saints with all they had. Seward was not about to let Dodge City take it to a fourth set and met Dodge with equal determination, closing the set with a score 25-21

This victory for Seward marks a 58 game win streak against conference opponents.

The Lady Saints will head to McCook, Nebraska on Feb. 5 to play Southeast Community College.