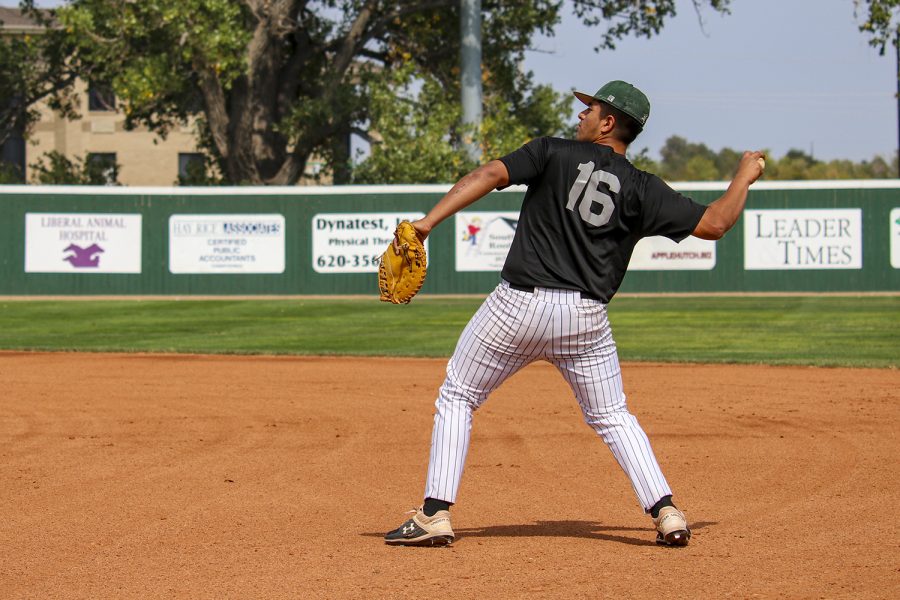 The Saints went 4-0 over the weekend in the season opener. They play again this weekend in Odessa, Texas. (File Photo)

The season opened up with a little disappointment for the Saints Baseball team over the weekend. They lost four non-conference games in Weatherford, Texas.

The Saints began their season Feb. 5 with a double-header against Weatherford College.  They lost 3-2 and 10-0. In the two games, Seward totaled only 10 hits and two runs.

Sam Berberich was the opening day pitcher and only gave up one earned run in his five innings of play. Up till that point, Seward led Weatherford 2-1. The Coyotes caught up and took the Saints to extra innings where they managed to get a run across the plate for the win.

In the second game, the Saints could not answer Weatherford’s offensive power. A 10 run rule was called after the top of fifth found Seward scoreless.

KP Werner lead all Saints from the plate with a 2-4 outing and scored once.

The second double-header of the weekend was on Feb. 6 when the Saints faced Weatherford College again and No. 14 Navarro College. The offense worked a little harder on this day, scoring a few runs but it wasn’t enough to come away with any wins. The Saints lost to Weatherford 14-3 and to Navarro 18-1 in two error plagued games.

Dylan Lopez took the mound in the first game and lasted four and two-thirds inning. The game was tight, 3-2, until the fifth inning when Weatherford rallied and scored 11 runs in the remaining innings. The Saints had four errors for the game. Kody Bigford had two hits on three appearances at the plate with one RBI.

Peter Goldy got the start against Navarro College’s sluggers. He lasted three innings and gave up five runs and took the loss. Navarro clipped the Saints’ wings in the hits and score department. Seward notched a goose egg. Navarro’s batters unleashed in the final inning, scoring eight runs.