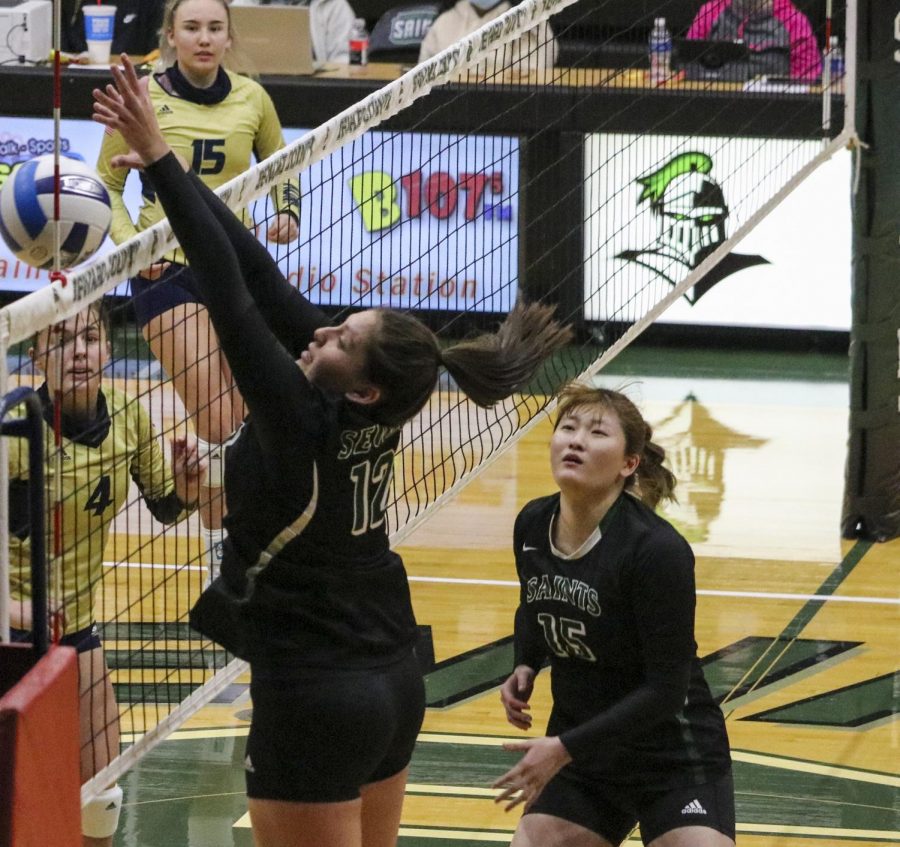 Seward County Community College completed the McCook Invitational with a 3-2 win over No. 8 Northeastern Junior College and a 3-0 win over No.12 Eastern Wyoming College on Feb. 7.

The Lady Saints, who are nationally ranked at No.10, finished the weekend with two top 12 wins and extended their win streak.

The Lady Saints had played Northeastern less than a week ago and took a devastating loss. They came back with a vengeance and won a hard-fought battle. Northeastern took the first two sets with a score of 25-22 and 25-18 but the Lady Saints were not going to let Northeastern take any more sets. The third and fourth set were won by Seward, 25-23 and 25-19. A fifth set was played as the tie breaker.

The last match of the weekend the Lady Saints faced off No.12 Eastern Wyoming College Lancers.

By the third set the Lancers grabbed some points early with a 16 to 9 point advantage over the Lady Saints but that was not enough to faze Seward as they won the set 25-23.

The win over the Lancers improved Seward County Community College record to 8-3 for the season.

The Lady Saints will play against Butler Community College on Feb. 11 at 6:30 p.m.