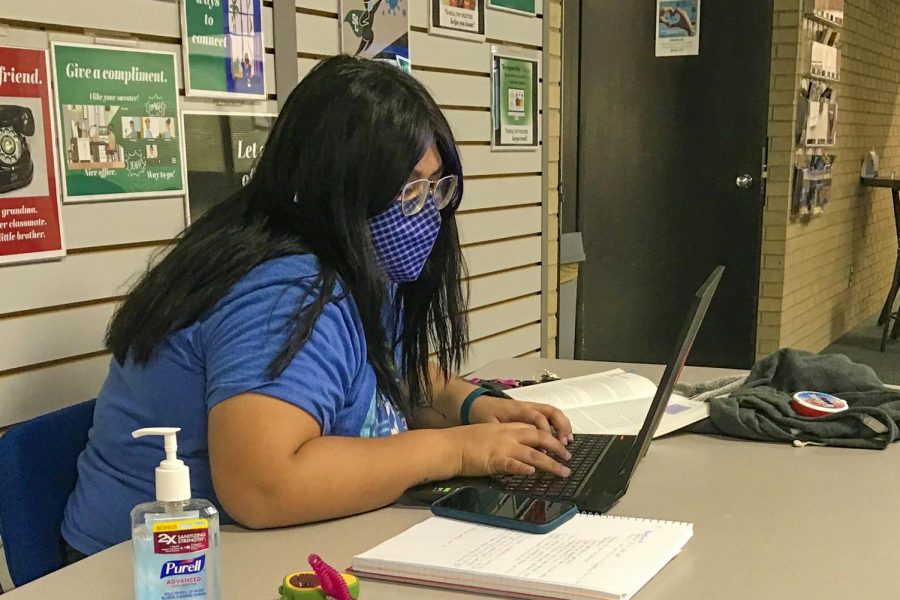 All over campus students can be seen attending classes with the use of Zoom. While some of them say that Zoom is really helpful others are starting to get tired of the use of the application in place of in person learning

Classes have been in for a month now, including the week of online at the beginning of the semester. However, students still have to do some online classes. Whether that behalf online or half in person, Covid still makes it hard for the college to have all in-person classes.

Edma Landa, a freshman majoring in political science, says she likes online classes. She further explains “online classes are easier because … If you don’t understand something you can always go back and rewatch a video.”

“I think you get used to [zoom classes] at some points. I used zoom last semester, even though … I was in class, to jot down any notes that I might have missed in chemistry and they honestly helped a lot,” he says

“I feel like you have more time and when we’re stuck in quarantine, you obviously have a lot of time to do homework” Landa adds.

However, not every student has a positive view. Not only with the zoom classes but with the internet connection. One student, who will remain anonymous, said that “every time we use the microwave, it messes up the wifi” effectively kicking them out of their Zoom class.

While Le says some positive attributes of having Zoom, he says he would “like to stay away from zoom as much as possible.”

His reasoning behind this was the use of human interaction in the classroom.

He also shares a struggle that he has with the zoom classes.

He says that he “has to keep up [his] schedule with the high school because [he’s] concurrent,” he continues, “ it can get kind of confusing, and sometimes I show up to chemistry and should be on zoom.”

Le, who has classes that are split between online and in-person says that he “really wants to head back to normal schooling.”

Landa agrees as she would “prefer to come in all the time.”