Victory for Women’s basketball at Goodland 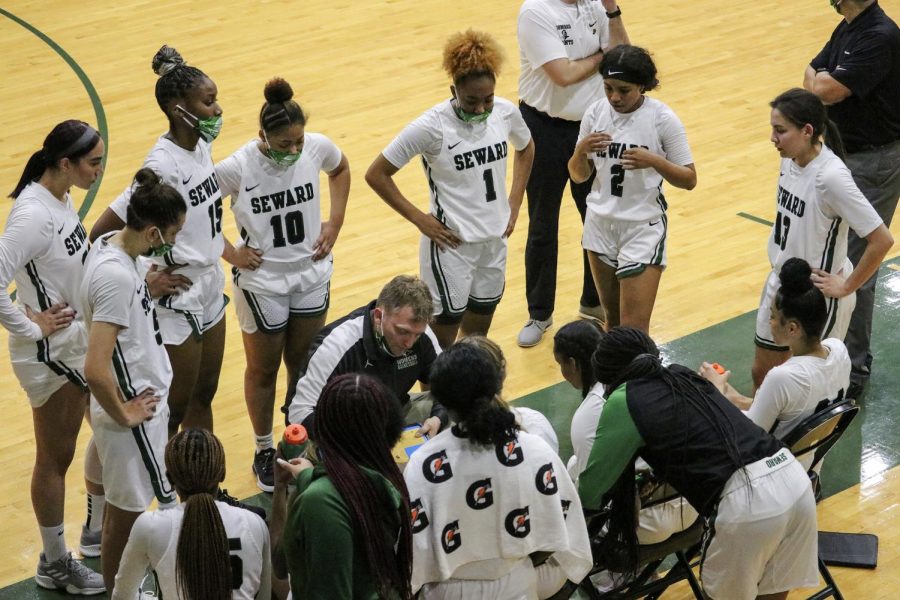 The Lady Saints huddled together and got plans for the next play that they could execute after the timeout had ended. (file photo)

Defeating the Northwest Kansas Technical College by 81-60 at Goodland, the women’s basketball team conquered the top spot in the Jayhawk West with a 4-1 conference once again.

The Lady Saints, leading 19-9 in the first quarter, played amazing defense. That transformed into a second quarter 21-13 lead. Even though Northwest put up a good fight in the third quarter, outscoring Seward 21-22, the Lady Saints took no time to get back to the lead of 20-16 in the fourth quarter and claiming victory.

Sydney Wetlaufer, sophomore from St. Joseph, Missouri, was high scorer for the game despite being a non-starter. She shot consecutive three-pointers leading the team with 19 points.

On Feb. 20, the women’s basketball team will face Independence Community College at 2 p.m. at Independence.