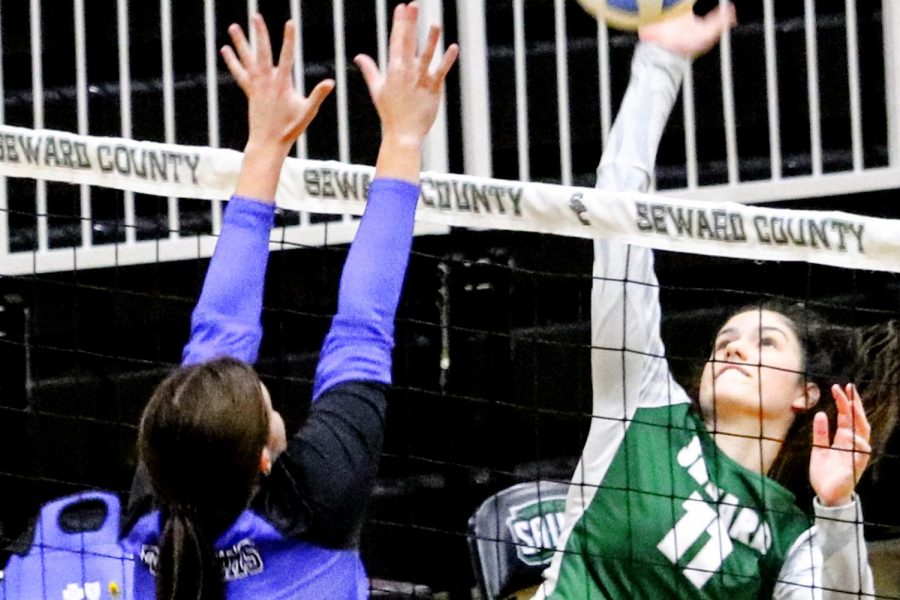 Livia De Pra goes in for the kill, The Pratt beaver’s number 6, Kylee Harman tries to block it. The kill attempt was a good one. The saints had started the game with a rocky start, but they came back with the win.

During the first set, Seward had a 16-6 lead over Pratt. This advantage over the opponent would go on throughout the entire set with the Lady Saints scoring 25-11.

By the second set, Pratt took over the set and gained a lead of 11-5 over the Lady Saints. By the middle of the second set Seward finally were able to catch up to Pratt and end the set with a score of 25-22

This win will make the Lady Saints in a three-way tie in the Jayhawk West Conference with Barton Community College and Garden City Community College as being undefeated in the conference.  Seward will face Barton in the Greenhouse on Feb. 25 at 6. pm.