Seward suffers a loss to Hutchinson 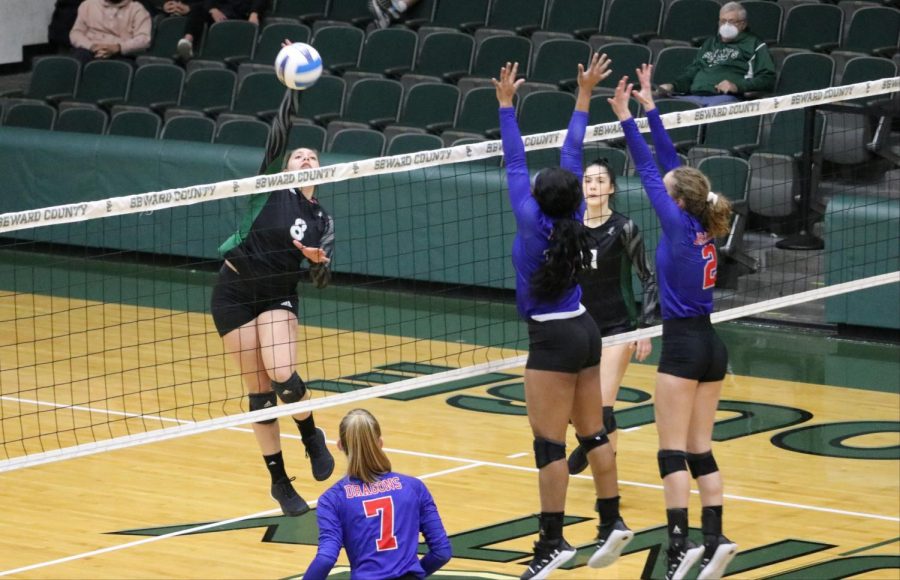 The Lady Saints suffered their first conference loss of the season to Hutchinson Community College on Feb 28. The 3-1 loss snapped a 61-game win streak that dated back to the 2016 season.

In the first set, both teams fought for control with points going back-and-forth. Finally, the Blue Dragons jumped ahead on an 11-3 run and stayed ahead. They won the match 25-19.

The second set started like the previous ended – with Hutchinson on a run. The Blue Dragons scored nine straight points. The first score in this match for the Lady Saints came on a Hutchinson service error. Eventually, Seward pulled within two points but they couldn’t keep the momentum going. Hutchinson won 25-19.

The third set began with Seward falling behind 10-5 but they eventually gained the lead. The Lady Saints were able to use unforced errors by Hutchinson to their advantage and finally pulled out the win 25-21.

The fourth set Seward fell behind 10-4. They tried to mount a comeback but Hutchinson held fast, taking the match 25-15.

Gabriela Badilla lead the Lady Saints with 14 kills, three assists, and added a solo block. Seyun Park had 11 kills and one solo block.