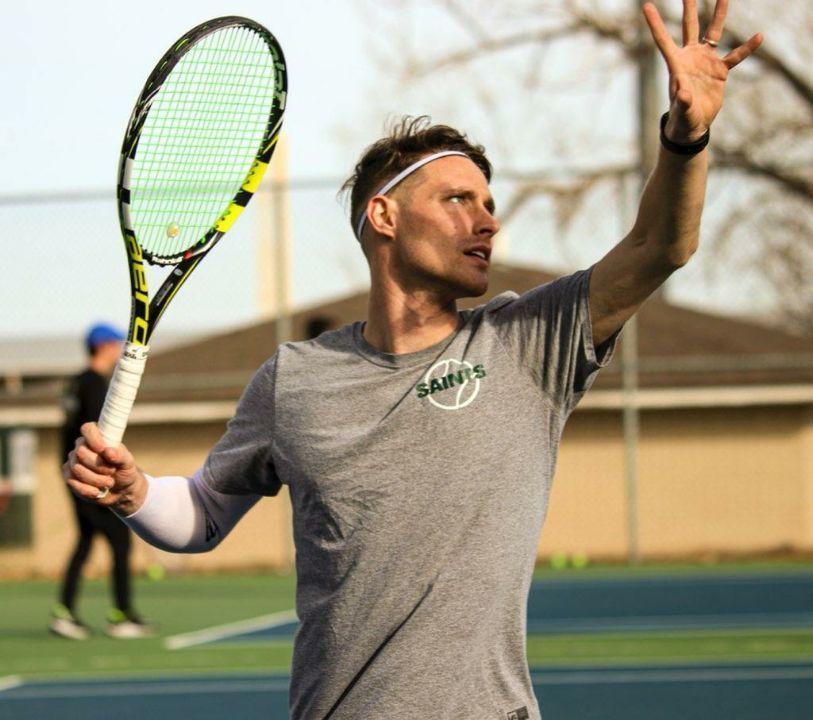 Both tennis teams were on their way to nationals until all sport events were forced to be canceled due to Covid. Even with a new season this year Covid and bad weather has made the tennis season be pushed back.

S
eward County tennis teams battled a canceled season last year due to COVID and now they are battling the weather. Their new coach, Mitch Vechione, isn’t even worried.

“Most of my athletes are sophomores who have already had this type of pressure on them… yeah, it’ll be stressful but they know how to get the job done,” said Vechione.

Looking back to the 2019-2020 athletic year, the SCCC Tennis teams had a phenomenal year. Both men’s and women’s teams were ranked in the top five nationally and were going to Nationals until all sports were canceled due to Covid.

Women’s Tennis player Monalisa Chakraborty, a sophomore from India majoring in business, said, “Spring [March] of 2020 was the last time we played regular, competitive matches. We never got to play in the Fall because of multiple things. Our new coach didn’t get here until we were already halfway through the 2020 season, we didn’t have many players so our coach was busy recruiting people, and of course, Covid-19”.

The two teams were supposed to start their seasons on Feb. 18 at Cameron University but it was canceled due to weather. Thus the tennis season began in late February. As they finally start their 2021 season they have some unfinished business. Is it going back to nationals and actually finishing a season? Or is it their rival Cowley Community College that they are looking forward to competing against again? Probably both.

Some good has come out of this situation men’s tennis player Juan Gonzales, a sophomore majoring in business, acknowledged.

“Covid-19 ended our season last year which meant that half of us stayed here while the other half went back home to finish their studies. You learn to not look at the bad things all the time but to look at the good things too,” Gonzales continued. “The truth is that it ended quite well with a new coach, a lot of training time, and with a good mindset for this upcoming season”.

Vechione said that his goals for his team definitely consist of getting them ready to graduate, helping them get good grades throughout the semester, keeping up with the teams’ culture, and of course, winning not one but two national championships.  He also looks forward to getting his players recruited to move on to four-year colleges to keep playing.

The men’s tennis say they have unfinished business after not being able to compete in the entire fall and spring 2020 seasons. Last year, they were projected to go to nationals as one of the top teams in the nation. They spent the entire fall practicing and preparing to pick up where they left off. (Brooklynn Bauer)