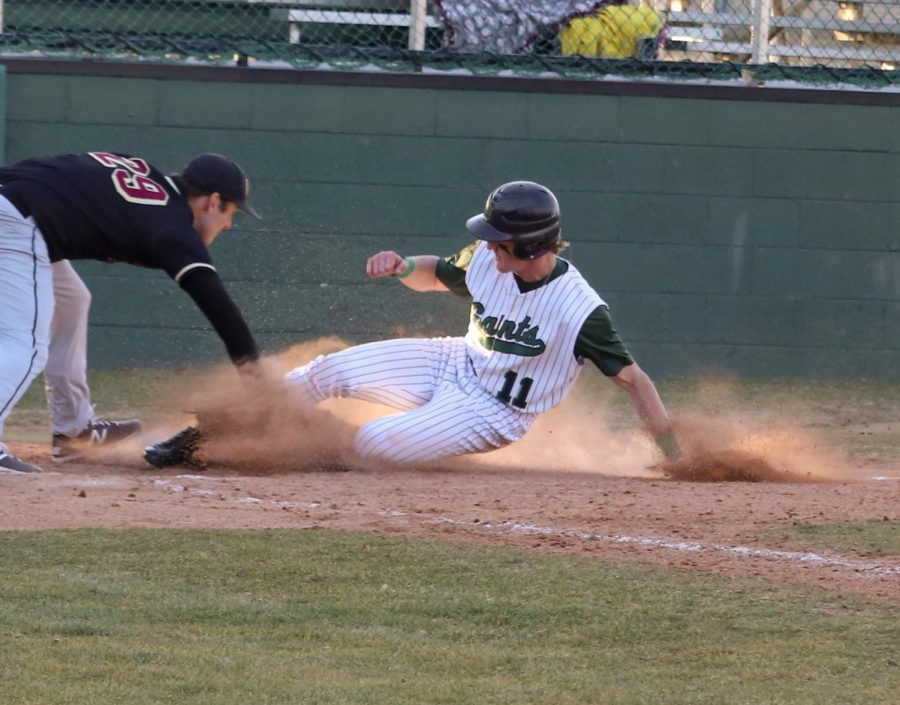 Peter Goldy is an outfielder for the Saints. He comes from Centennial, Colorado. Goldy had two RBI's during the game.

In the first game,  Mason Martinez started on the mound for the Saints when they found themselves down by two to start off the game against Redlands Community College. The Saints responded with a double from Boisvert that scored Wyatt Grant a run.

Seward was able to tally two more runs on the four hits and gained a 3-2 lead. Which lead to a 10-4 win for the Saints.

Once again the Saints found themselves trailing 2-0 but eventually responded by taking a 5-3 run. This included 2 home runs from Wyatt Grant and 1 from Jonathan Cantu along with an RBI from

KP Warner started the fifth inning with a double that led the Saints to 6 more runs which made a 17-7 win that closed the game out.

Braden Boisvert led game one with 5 RBI’s and went 3 to 4 from the plate and a home run.

George Gallardo was the game leader for the second game with 5 RBI’s and went 2 for 4 from the plate.

Seward with host Clarendon College on Tuesday at 3 p.m. at Seward County Campus.