Saints face off Colby during a doubleheader 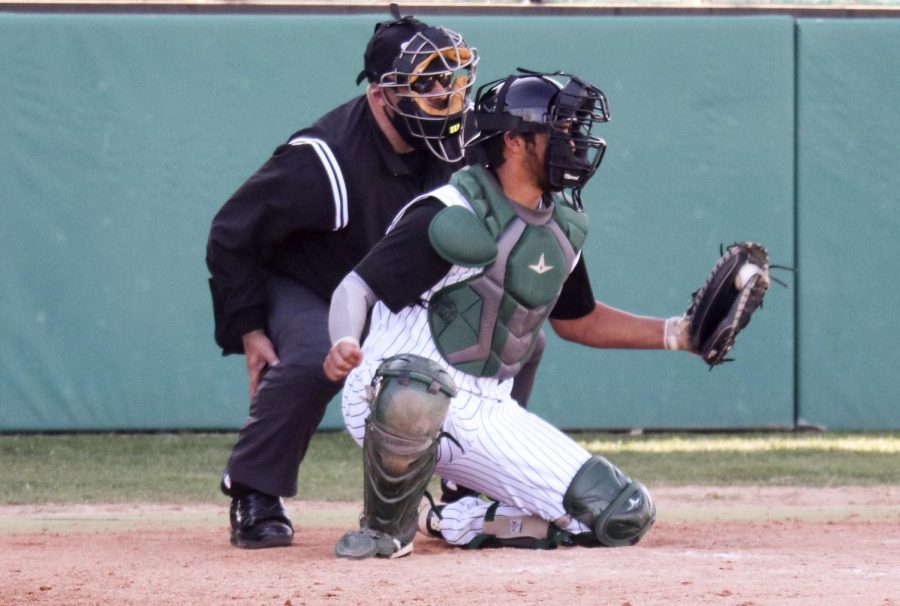 John Cantu pulls up at second for a double against Colby Community College, March 27. The Saints played four games against their conference foes over the weekend. Seward came away with three wins and one loss. Cantu is from Amarillo, Texas.

The Saints went 3-1 over a four-game series with Colby Community College over the weekend.

It didn’t start out well on Friday for Seward as Colby run-ruled the home team in five innings, winning 17-3. Colby held the Saints scoreless for the final three innings of the game while the Trojans’ bats came alive.

The Saints won the second game 13-12. Seward was held mostly scoreless except for the third inning when they rallied for 12 runs. They managed to score once more in the fourth and then held on tight.  Pitcher Cory Didier recorded the win, going four innings.

Saturday’s games saw the Saints on top for both, 11-8 and 17-1. Dylan Lopez came away with the pitching win for the Saints in the first matchup. In the final game of the series, the Saints jumped out to a quick lead by score 11 runs in the first inning. They eventually run-ruled Colby.

Saints baseball is now 9-14 overall on the season and 6-6 in conference play. Their next game is Tuesday against Frank Phillips College at 3 p.m. in Liberal.