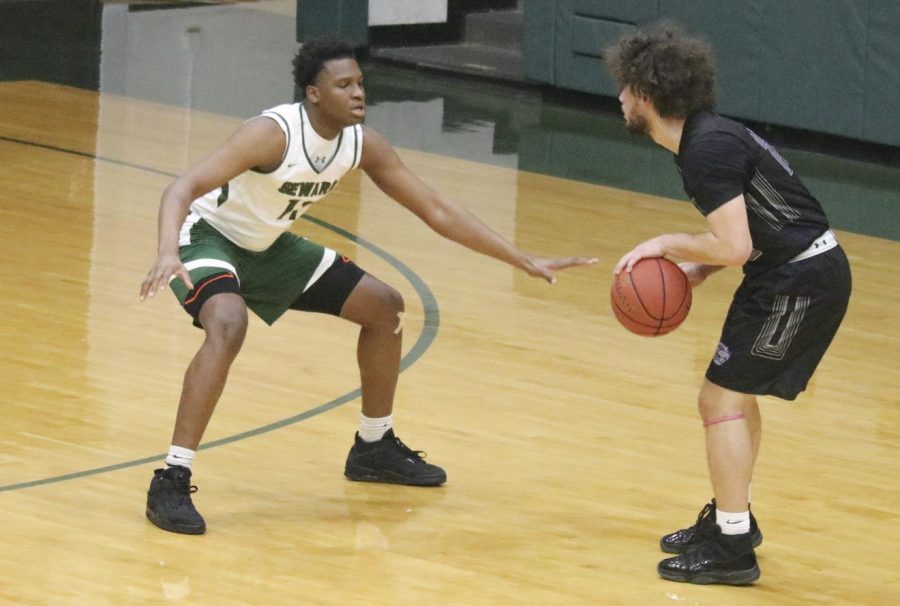 After being sick, this was Surakata Jawara’s first game appearance. Jawara only played for eight minutes but managed to get one offensive rebound for the Saints.

The Seward Saints ended March with a win from Pratt Community College.

The first half began with a turnover and steal from Mike Rivera and Donyae Molett. This led to a three-pointer being made, with the Saints starting off well.

As the game progressed, the Saints began slowly losing the progress they had made. The Saints were trying to keep up with Pratt but the first half ended on a bad note for Seward being 7 points behind.

The second half began with the Saints turning around the game.

Scoring point after point finally overtaking Pratt. Teamwork aided this win with many assists and turnovers within the team.

The Men’s Basketball Team’s next game has yet to be determined as part of the Region VI tournament.