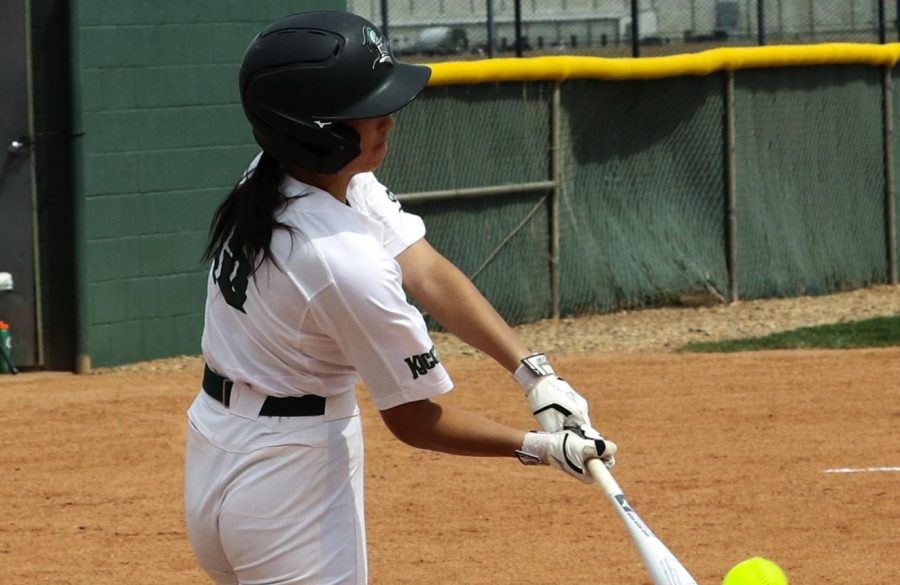 Ashley Low swings big and comes up with a home run against Northwest Kansas Technical College. Low, a center fielder for the Lady Saints is a freshman from Calgary, Canada. The Lady Saints won the first game against NWKTC 18-1 and the second game 9-5.

The Lady Saints won the first game with a final score of 18-1.

The second game, Jaci Scott, Jaci Oakley, and Ashley Low tore up the base paths with some aggressive running. Each recorded a stolen base but their running went beyond statistics. They forced some NWKTC errors and extended hits.

Ireland Caro pitched for the Lady Saints for a duration of four innings. Hannah Schulman pitched for one inning and Alyssah Pontoja went and pitched for two innings.

This game also ended with a win for Seward with a score of 9-5.

With this win under their belt, the Lady Saints are now tied for second place in the Jayhawk West Conference. Their next game will be on April 10 in El Dorado against Butler Community College at 12 p.m.