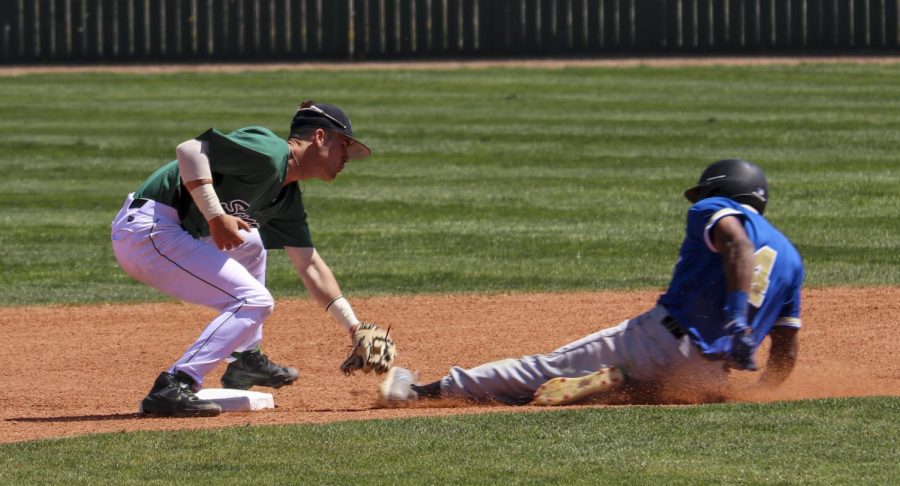 The Saints had an easy time the first game, shutting out Barton 10-0. They won in five innings with the run-rule. Sam Berberich, freshman from Terrel, Texas, went the distance as pitcher and recorded the win. He had five strikeouts for the day, didn’t allow a hit and walked one.

Bats were alive for the Saints. Landon Anderson put two over the fence. KP Werner and Kase Johnson both got extra base hits.

The second game of the doubleheader looked a little rougher. Barton came alive in the third to get a run and then piled on four more in the fourth. The Saints finally found their offense in the fifth inning and pushed across five runs. The rally brought SCCC to a tie with Barton. The teams remained scoreless until the eighth when they both grabbed two more to keep the score a tie.

In the bottom of the ninth, the Saints managed to push across one run to claim the victory.

It took four pitchers to complete the second game – Eric Turner started out and went three innings with Cory Didier relieving. Dylan Lopez came in for an inning with Braden Boisvert filling in as the closer. Boisvert also recorded a homerun for this game.

The Saints play again Saturday at Barton Community college for a doubleheader starting at 1 p.m.