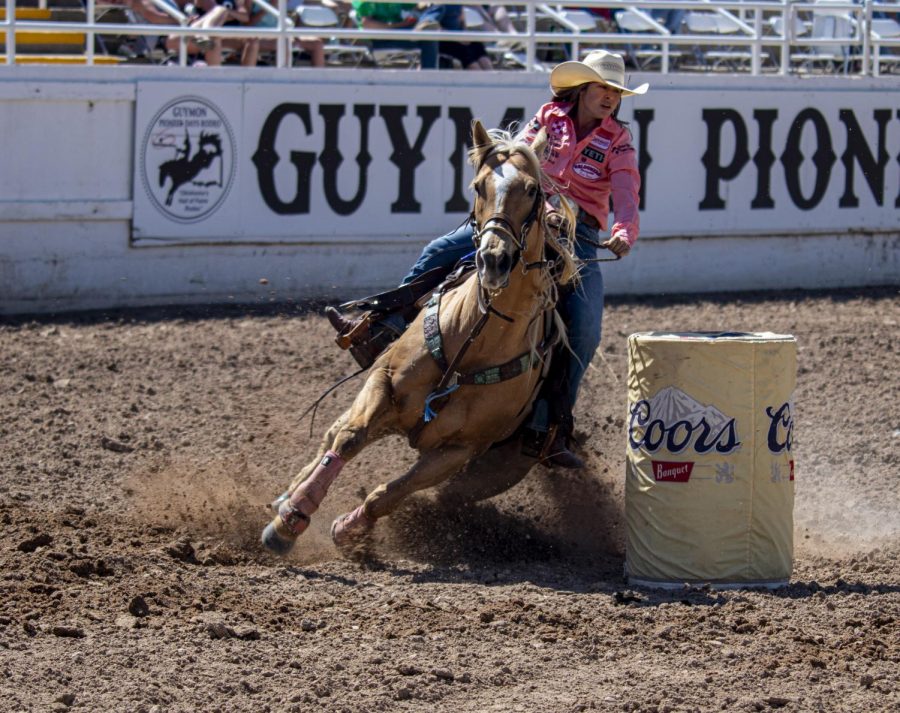 The reigning three-time world champion Hailey Kinsel rounds barrel number three to run a 17.26 second run. Kinsel placed first in the round averages of the Guymon Pioneer Days' PRCA Rodeo, April 30-May2. She tied with Jordon Briggs. Both brought home $2,131 for the event.

Pioneer Days in Guymon, Oklahoma was back to normal this year, especially the PRCA rodeo. Contestants from all over converged for four performances to test their skills against many topped ranked athletes in the world. The four performances from April 29-May 2 featured bull riding, bronc busting, barrel racers, roping, steer wrestling and much more.
Click on the photo to see full gallery: