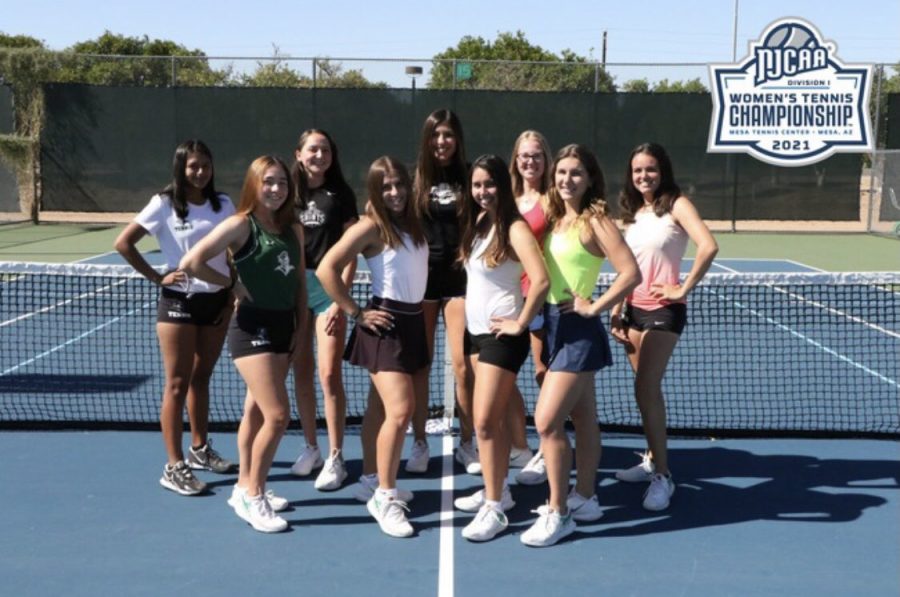 The Lady Saints tennis team finished the NJCAA national tournament in fifth place. Twenty-nine teams were invited to the week-long event in Mesa, Arizona May 1-May 6.

The last player in the field for SCCC, Maria Garcia, lost in the semi-finals match for the Number Four singles bracket on May 4. She played against a Cowley County College, Arkansas City, and lost 4-6, 6-7.

WTN: Final
Maria Garcia falls 4-6, 6-7 to Cowley College in the No. 4 singles semifinals. Seward County is officially out of the National Tournament and sits in 5th place. #SCCCSaints #GoodtoBeGreen pic.twitter.com/SPlGj4pysx

Garcia and her doubles partner, Lucia Popluharova, were in the number two doubles draw on May 3 and lost to Eastern Florida State College in a hard fought battle. The match went to three sets before Eastern Florida pulled out the win.

On May 3, Saskia Vogelzang and Lorena Torrico fell in the number three doubles draw to Cowley College 1-6 and 1-6. Justine Lespes and Chiara Matteodo also fell in number one doubles draw 3-6, 1-6 to Hillsborough Community College in the quarterfinals on May 3. Hillsborough gave Torrico problems in the singles quarterfinal match. She fell in straight sets, 6-0 and 6-0.

WTN: Final
Maria Garcia wins 6-3, 5-7, 6-4 over St. Petersburg College and will play in the semifinals tomorrow at 7:30 AM. #SCCCSaints #GoodToBeGreen pic.twitter.com/B2eShY4OeT