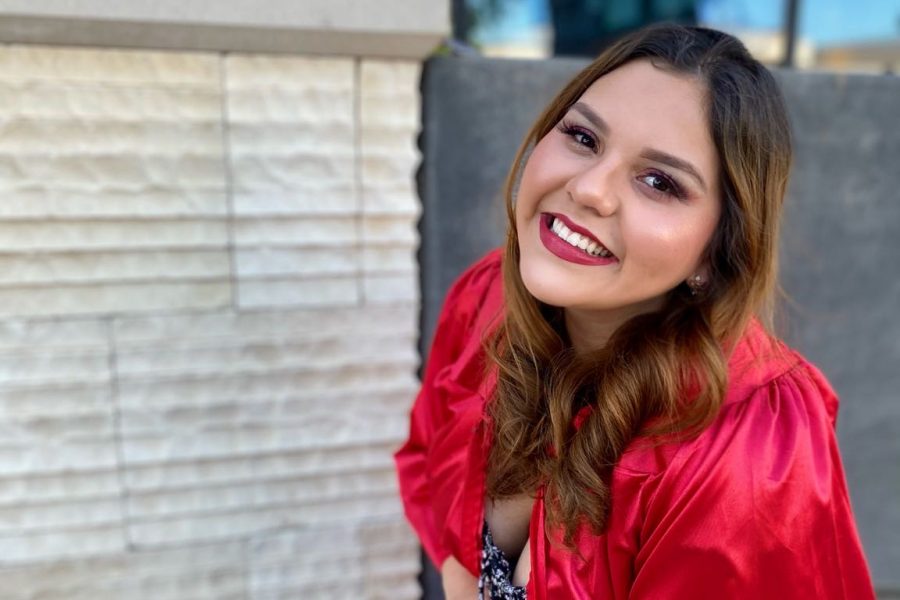 “I want to have a big impact on the Hispanic community,” those are the words that Elisa Quintero exclaimed when discussing what she sees for herself in the future.

Elisa Quintero is a 19-year-old freshman looking to major in political science. Quintero was born in Guadalajara Jalisco, Mexico and was raised most of her life in a town just a little bit under three hours away in Tepic Nayarit.

Quintero arrived in Liberal in 2017. One of the things that influenced her to move to the United States was her family. Due to some of the hardships Quintero has faced in the past, she mentioned that she has learned the importance of self-responsibility and appreciation for others.

“Moving here [to the United States] was really hard, so it was really easy to realize how grateful I needed to be for the things I once had in Mexico,” said Quintero.

Quintero was able to surpass a lot of the hard obstacles that came with her big move from Mexico to the United States thanks to a lot of different people. Specifically, Quintero mentioned that during her sophomore year in high school, she had a teacher that really influenced her to have the motivation and determination to be a part of something big.

Quintero said, “Thanks to her [the teacher] I feel like I have the confidence to achieve bigger things.”

Quintero wants to be a successful lawyer or maybe even more. She hopes to make her mother extremely proud since her mother and younger sister have been her biggest supporters. In addition, Quintero hopes to make a big impact on the Hispanic community once she becomes a lawyer, fighting for people’s rights.

One piece of advice she would give her younger self is, “To not be afraid. As a kid, everything was so scary to me. The thought of speaking out and standing up for myself was really hard but now I would never allow it.”

Quintero said she has the determination to fight for not only herself but also her friends and others who are around her. The quote that she lives by is “Everything happens for a reason,” and she always makes sure to remind herself and her friends of that.