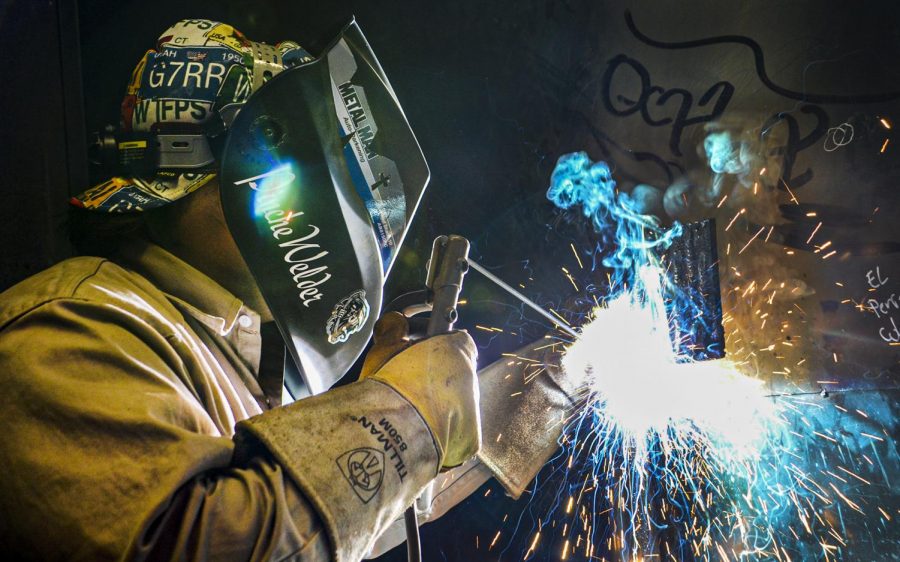 Abel Ochoa's favorite thing to do is welding, so he is making it his career. The Rolla freshman is majoring in welding. He thinks so much about this skill that his favorite quote is even about welding, "If it don't stick, weld it again."

If you could travel anywhere in the world, where would you go? Why?

Probably somewhere in Texas. Welding down there is really popular, and I want to see how much different it is than in Kansas.

If you could have another career other than welding what would it be? Why?

Honestly, if I wasn’t a welder, I would go into nursing, to be honest. Just because my older sister did it. It would be something to look into.

What is a quote you live by?

“If it don’t stick. Weld it again.” That quote was given to me by a former student here, Victor Dominguez.

I didn’t talk until I was six years old. Multiple times my parents took me to the doctors because they were worried. They just said that I would take my time and start talking on my own.

If you could only eat one food for the rest of your life what would it be? Why?

My Mom’s tamales. It’s just something I grew up on, and I never get tired of eating. There are different varieties, normally we make beef, chicken, deer and sometimes candy ones like cinnamon.

Who is someone that you admire? Why?

Someone I admire throughout my life is my Grandpa. He showed me a few ways of life and how they should be handled.

What is the best thing about welding? What is your favorite weld?

The best thing about welding is probably getting into the booth and you start striking the arc and burning the rod and it starts forming the way you want it to be. There are a bunch of different types of welds, my favorite is stick welding. It is something I grew up on.

Who was the first person to teach you to weld?

My Dad showed me. There was a teacher that recently passed from Elkhart, Mr.Koonce. He taught me when I was barely going into middle school, maybe 13 or 14.

Who was your first celebrity crush?

You know the one chick off of Grown-Ups – the mom and Adam Sandler’s wife. Salma Hayek.

What is your favorite movie? Why?

Probably would have to be “Pineapple Express”. Seth Rogan and James Franco are in it, two of the best comedians in my perspective anyway.