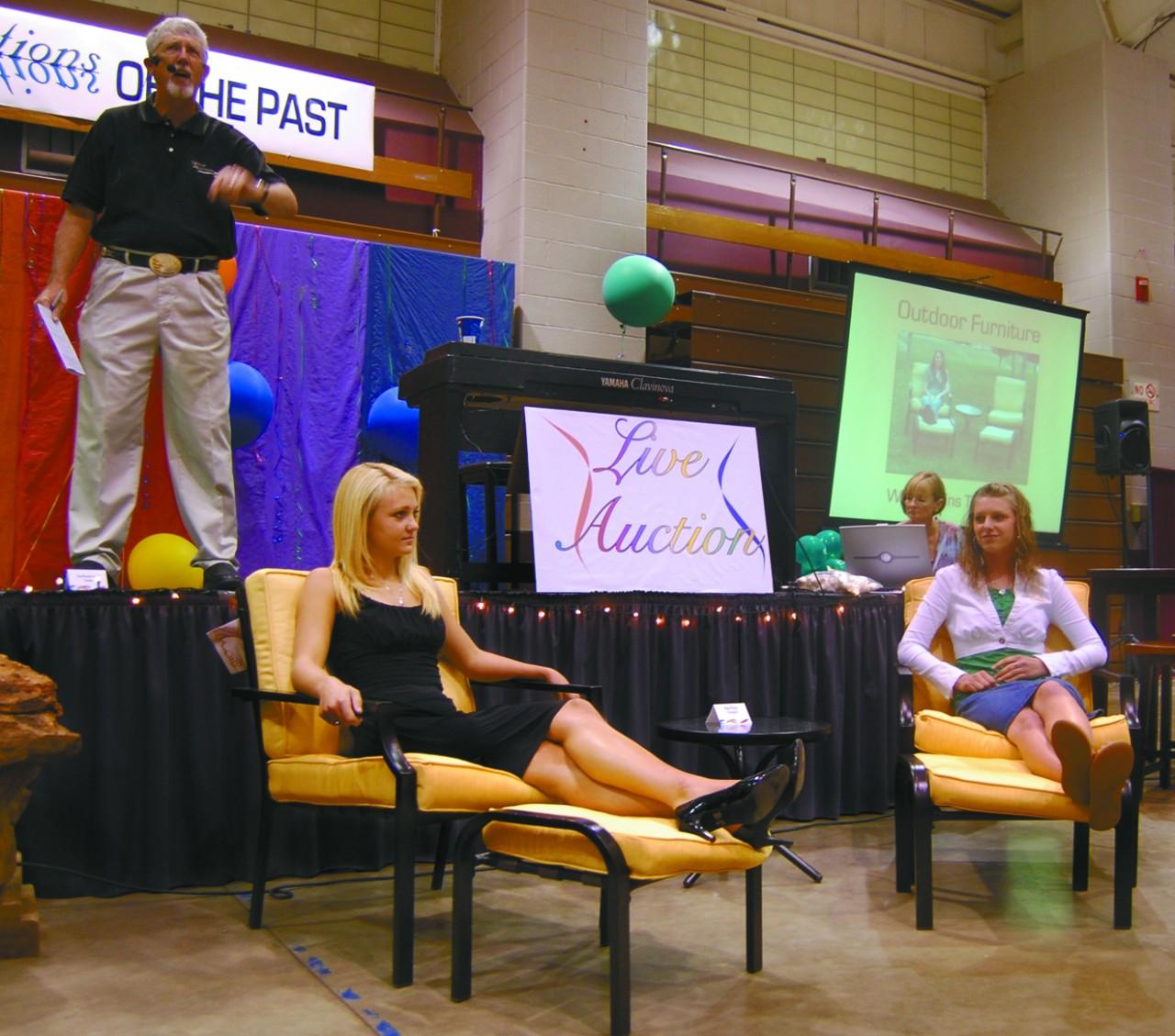 A somewhat lower attendance rate and a rough economy didn’t stop this year’s scholarship contributors from cracking open their pocketbooks at the 15th annual Scholarship Auction. The SCCC Development Foundation cleared about $40,000 at this year’s Scholarship Auction, according to Director of Development Tammy Doll. “We raised $40,000 dollars that we desperately needed for scholarships. It’s a very important event, and I hope that everyone who attended the auction purchased something or students who were there remembered who some of the donors were and they will shop at those businesses locally,” Doll said. “Those are the people who support their scholarships.” College president Dr. Duane Dunn expressed his appreciation to those involved. “I am pleased … the attendance was just behind last year’s, which was a record, and net proceeds was nearly $40,000, the second highest in the 15-year history of the auction,” he noted. The college’s multimedia director Doug Browne made a Powerpoint displaying the items being sold during the live auction, which was a new addition to the Scholarship Auction. The theme of the Scholarship Auction was “Reflections of the Past” in honor of the college and the foundation’s 40th anniversary. Decorations included memorabilia from the past 40 years and birthday favors. The 50/50 drawing collected around $1,000, so $500 was given away and $500 was kept as donations. Also, the lucky draw brought in $1,245. The guest book totaled 371 scholarship contributors and about 10 student helpers, which is approximately 100 fewer people than last year. “I appreciate everyone’s attendance and all of the students who helped us that night because we couldn’t do it without all of the volunteers,” Doll said. “We had a lot of people on campus that stepped in to help.” Among the helpers were the presidential scholars, student ambassadors and student workers. Kelsey Darnell, a presidential scholar present at the Scholarship Auction, saw the behind the scenes labor of her scholarship. “I realized how much hard work is put into the auction, and I saw how many donations there were to help raise money for the scholarship recipients,” Darnell said. “It shows how much the community cares about the college and its students.” Former choir members of the college provided the entertainment for the night, and auctioneer Mike Gatlin called the live auction. The meal served consisted of beef brisket donated by National Beef, pulled pork sandwiches donated by Seaboard, shrimp and dessert bar with a chocolate fountain prepared by Great Western Dining.