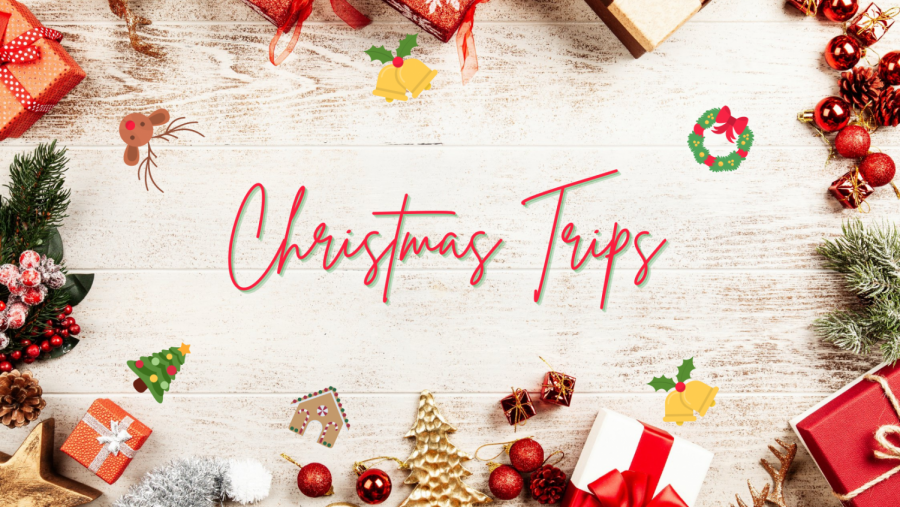 The end of the semester is coming soon which means that Christmas is getting closer. Christmas is the perfect time to spend with family and enjoy the huge dinners and unwrapping presents. Christmas break for SCCC students is one month which makes it easier for those who live further away to go home. Seward County has students from everywhere around the country and the world. These students probably have some travel tips and places to visit during this time of the year as inspiration for others.

SCCC sophomore Enzo Frequelin, from Cannes, France majors in Business Marketing and is going home for this winter break. Frequelin usually listens to music and likes to look back at places he went before, to bring up memories during the times he needs to wait for layover flights to make the time pass by faster. Also, the biggest recommendation to visit would be Cannes itself.

“It is one of the most famous cities of Europe, the International Film Festival and the countryside are the must see of the city,” said Frequelin.

Traveling to the USA and home would make it seem Frequelin is a real traveler, however, he doesn’t need much more since he travels much with the tennis team during seasons.

Softball sophomore player Ashley Low, from Calgary, Canada is majoring in Physical Education. The plan is to make a 24-hour trip to come back to Calgary, Canada so the softball player can spend Christmas with her family. Low considers herself a real traveler since the Caribbean Islands can be marked off from the list. Low’s favorite place to travel is Mexico because, “the beaches are beautiful and I love the temperature,” said Low.

The travel tip from this student is to eat something at the airport which cannot be found at the final destination along with a ‘mandatory’ visit to Starbucks every time. If Low could recommend anything nearby her hometown, it would be Banff.

“It’s a beautiful mountain town with a lot of Canadian food. At night the entire place is lit up and looks amazing,” explained  Low.

Banff is just a couple minutes away from a ski hill and an outdoor ice-skating rink.

Sierra Lynch is a sophomore from Minneapolis, Minnesota, and is majoring in Pre-veterinary Medicine and is planning on going home for Christmas. Talking about Minneapolis the sophomore would definitely recommend visiting the Mall of America. It’s the biggest shopping mall of the United States, it has a ton of stores and even a theme park inside.

As Lynch goes traveling, she likes to go sightseeing and do things that she hasn’t done before believing that it’s good to experience new things. Lynch would not consider herself a traveler because one would need to travel consistently. However, traveling for school and the basketball team is enough. If the sophomore had to pick one destination to go to, it would be home with pets and family.