Men’s basketball comes from behind to beat Cloud County 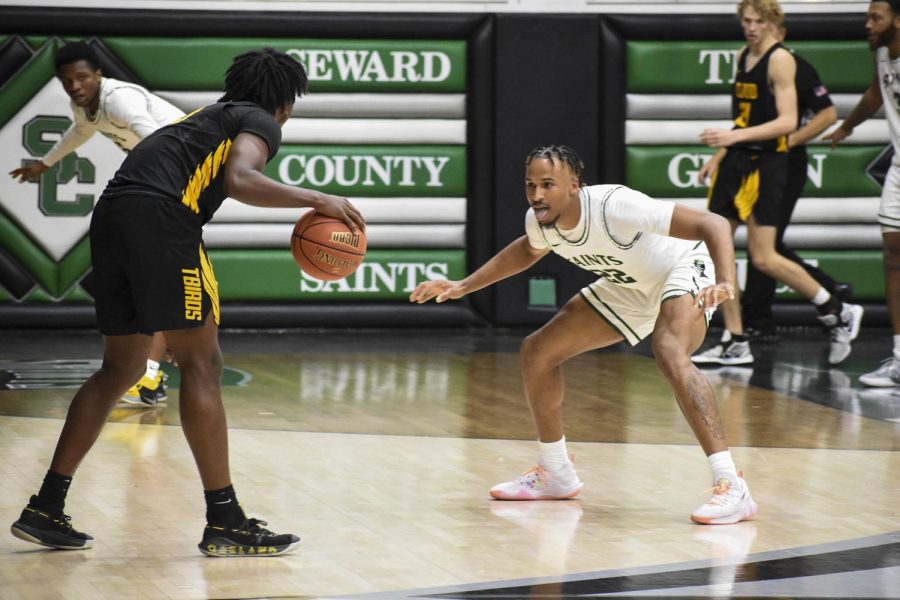 Malachi McReed from Brooklyn, NY defends his position as the Thunderbirds offense sets up. McReed was a vital piece of encouragement for the team.

It took an entire half for the Seward County Saints to warm up before they began to look like themselves. The Saints came from behind to beat Cloud County Community College Wednesday in the Greenhouse, 62-56.

The Saints took the first half to knock out the cobwebs that gathered after two games were canceled due to covid safety protocols. Cloud County started the second half with a layup to give the Thunderbirds their largest lead of the game 43-27. Down 14 points Malachi McReed gave life back to the gym after a dunk cut the lead down. Slowly, the Saints gained momentum and cut into the deficit.

McReed led the Saints with 15 points off of the bench and added five rebounds. Taye Donald had 13 points and six rebounds.

The win brings the Saints to 2-1 in conference and 4-3 overall. Seward County will face Independence on Saturday at 8 p.m.