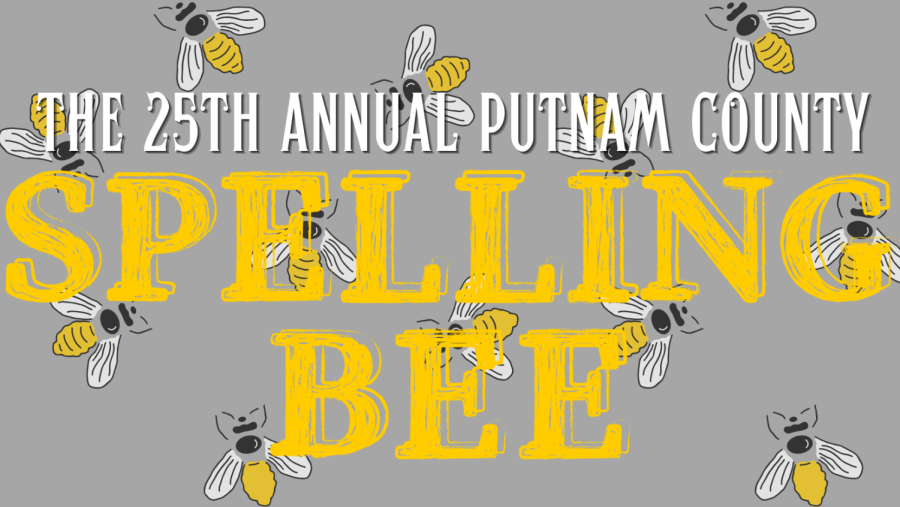 This year's musical is called “The 25th Annual Putnam County Spelling Bee,” and it is the first musical since the COVID-19 pandemic. The musical will be shown on April 21-23 at 7 p.m. Tickets are being sold for $10; however, if you are a student you can get one free ticket by using their student ID.

“The 25th Annual Putnam County Spelling Bee” follows a group of middle schoolers participating in a spelling bee where they learn to overcome the anxiety that comes with being “perfect spellers.”

“I see a lot of students that are so freaked out about their grades. It’s either an A or might as well get an F. Getting a B is great. These characters work through these anxieties and negative thoughts like ‘Am I good enough?’ Each character has their own issues,” says Magda Silva.

The story is mostly comedy, and there is a lot of comedy. It is a double entendre comedy that you can watch at face value. However, there are also subtext meanings underneath the comedy.

Madeline Sander, who is originally from the Great Plains region, is also part of the directorial team. She received a Bachelor’s in Musical Theater at West Texas A&M. She was also in the choir for years, and in eighth grade, she had to participate in a musical called “Into the Woods Jr.” for a grade. Over the years, she has done roughly 42 shows. In 2017, she graduated from Canyon University. Her favorite part about being the director is working with the students.

“It’s so fun to get to see these kids. Getting to see them come together, collaborate and create art is just lovely since we haven’t been able to do this in quite a while,” Sander says.

Some of the performers are not even students at Seward County Community College. Kenneth Gene Fosdick is a junior in high school who plays Chip Tolentino, the student that won the spelling bee last year. He is also the “cool kid” throughout the musical.

Fosdick heard about the musical through his mother. His favorite part about his character is when he constantly fights and bickers back and forth with another character, William Parfait.

Not only are students from different schools in the musical but teachers and other members of the community are also allowed to participate.

Timothy Smith, who is from Bassett, Virginia, is a music teacher at one of the middle schools in the area. He plays William Parfait, a nerdy kid that has been bullied and closed off. However, he loves to spell and eventually forms a friendship with Olive Ostrovsky.

Most of the time, a character can perfectly fit a performer’s own personality.

“I’m definitely nerdy. I’ve got some interests that some ‘popular kids’ may say are nerdy or less desirable. I’ve been picked on before because of it, but I’ve been able to embrace it and make it into something fun and turn the hate around, kind of like how he [Willian Parfait] does it,” says Smith.

His favorite part about his character is that Willian Parfait ends up opening up and sees that he can trust other people. He sees that some of the other characters are not as one-dimensional as they seem to be. They have layers, just like how he has layers to himself.

Occasionally, the character that a performer portrays would do certain acts that would never be performed in real-life.

Matt Teel works at the Liberal Memorial Liberal and does interlibrary loans. He plays Miss. Mahoney, the comfort counselor. He is a tough but loveable guy who provides comfort to the spellers if they miss a word and are taken out of the competition.

Teel says that “I would absolutely not want to beat up kids.”

Performing in the musical is no easy job. Faith Clifton, an elementary education major, plays Olive Ostrovsky. She is a shy girl who has been abandoned by her parents and has a strong connection to her dictionary.

Clifton describes what her schedule is like on a weekly basis running from class to practice.

“I go to practice every night that I am not in a night class. So, I would be at practice Tuesdays and Fridays. If I get out of class early, I’m in musical rehearsal. Basically every night except for Wednesday pretty much,” Clifton says.

Even Sander believes the most difficult part of being a director has been the scheduling. Most of the students in the musical are involved in one or more extracurricular activities. Some students are involved in Quiz Bowl and SCribblers. Some students even have full-time jobs. There are also “adults who are in a hurry, her talents, as well as trying to find a time when the theaters open.”

“With COVID, we start having classes in the auditorium. We’ve had to shift around. Getting everyone to be able to be here has probably been the hardest struggle so far, but they’re taking the disorganization stride,” Sanders adds.

Some characters in the musical are crucial, even more than others. If a character were to hypothetically die, for instance, the entire story could be altered or never exist.

“I think there could be an alternative. For this particular story, I think, without my character, there wouldn’t be a story,” Clifton says.

Similarly, if the character of William Parfait were to not exist, the story would change drastically.

“If he [William Parfait] were to not exist, it would leave a door open for someone else to walk through. Some of the other characters’ stories would not be able to come in the same way. It’s definitely a story that depends on everyone else to really help bring and paint that full picture,” Smith says.

Both Silvia and Sander want the audience to learn something once the musical is over. With every story, there is always an important message that leaves the audience with an experience they will never forget.

Silvia also has a similar thought. She really wants the audience “to come and have a good laugh.” The musical is considered to be rated PG-13 due to those eyebrow-raising moments. Most of the words are appropriate but the context in which the words are being used are slightly provocative.

“I’ve been watching a lot of “Golden Girls, and if you watch “Golden Girls,” there’s always that edginess. That’s really what it is. I wanted people to come in here and be able to relax,” Silva adds.

All of the ticket proceeds will go towards adding scholarships to the arts and programs on this campus.

The musical is from April 21-23 at 7 p.m. Tickets are $10 but students have the option of getting one free ticket by using their student ID. To reserve tickets contact Terri Barnes, humanities secretary, at (620)417-1451.