Glenn to retire after 32 years of work at Seward, ready for time with family 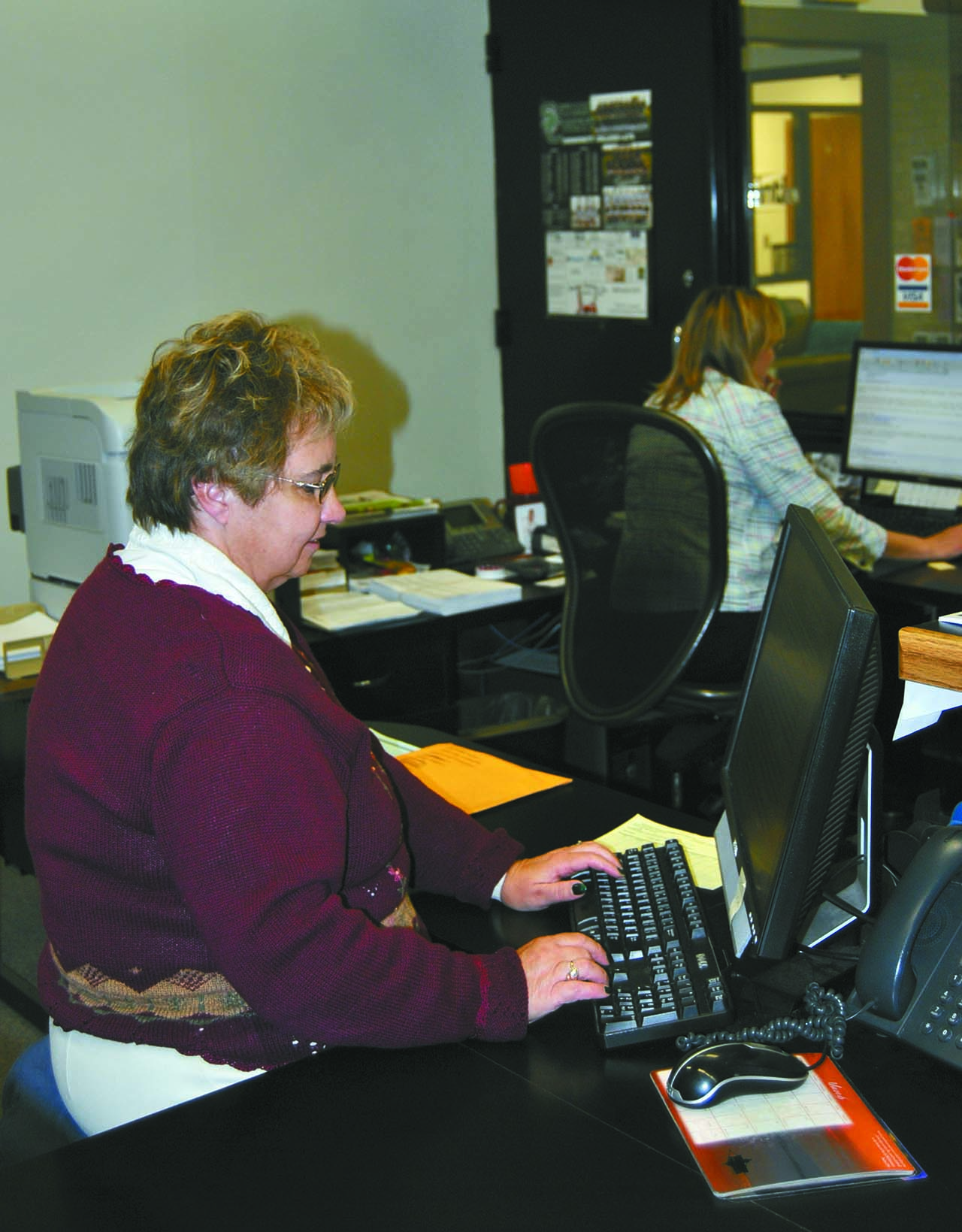 Seward County Community College cashier Betty Glenn will retire at the end of the semester after working at the campus for 32 years. Glenn graduated from Seward in ’71 with the first graduating class and began working for the college in June 1979 in the financial aid office. “I’ve seen the campus change a lot since I graduated in ’71 and some of the people I work with used to be my past instructors,” Glenn said. Glenn recounts how she’s faced a variety of challenges working at Seward, like when she had to transfer the college books to computer, but was able to do so with help from Tommy Williams, who was the accounting instructor at the time. Along with the challenges, Glenn has many good memories while working at Seward, such as the bonds she’s developed with her co-workers. “I can remember when we had campuswide meetings in the board room to celebrate birthdays, and it just felt like everyone was a big family,” Glenn said. She’s also enjoyed having the chance to interact with students by sponsoring Campus Messengers for Christ, and being a booster parent for students. She said she has also enjoyed seeing students change in their two years at Seward. “Being able to sponsor Campus Messengers for Christ has been something I enjoy, and seeing how much students change so much from the time they start as a freshmen to by the time they graduate as sophomores,” Glenn said. Another memory that stood out to Glenn was being a state officer for the Association of Kansas Community College Office Professionals while working at Seward. “One of the neat things about working here was being able to be part of the Association of Kansas Community College Office Professionals and meeting people there and being a state office for the organization,” Glenn said. Accounts receivable manager Jeanne Beer has worked with Glenn for seven years, but has known before that her because of their families working together in the past. “Our husbands work together and her husband worked with my father-in-law, so we kind of knew each other,” Beer said. “We always can relate to one another because our husbands are both really similar. They’re both stubborn.” Beer has enjoyed having the opportunity of working with Glenn because she’s always willing to help her, or share stories about the college. “I’ve enjoyed all the stories and everything from the past about students, athletes and co-workers,” Beer said. “She’s taught me a lot because she’s been doing this job even before we used computers. It’s fun to hear about all the changes.” Overall, Beer is happy to see her friend and co-worker have the opportunity to retire and to be able to spend time with her grandchildren. “I am happy for her retirement because she’s been working here for so many years and her grandkids live far away,” Beer said. “So, she’ll be able to see them more now and catch up on the time she’s missed with them. I am happy for her, but I will miss her.” Dean of Administrative Services Tommy Williams who has worked with Glenn in the Business office for more than 20 years describes her as a hard worker who is always willing to work with students. “Betty is a quiet person, but has a conscientious and subtle mischievous streak to her,” Williams said. “Betty has always been dependable and been here for the students.” Glenn hopes to be able to spend more of her time with her grandchildren after she retires and maybe even continue to teach. “I want to sort through things at my house, and to use my grandma degree to see my grandchildren more often, and also to possibly continue to teach math part time,” Glenn said. But she does know she will miss the people she has worked with for so long. “I will miss being around the students and the people I work with, and now I’ll have to take them out to lunch to find out what’s going on,” Glenn said.

Betty Glenn works hard at her desk in her last year at Seward.