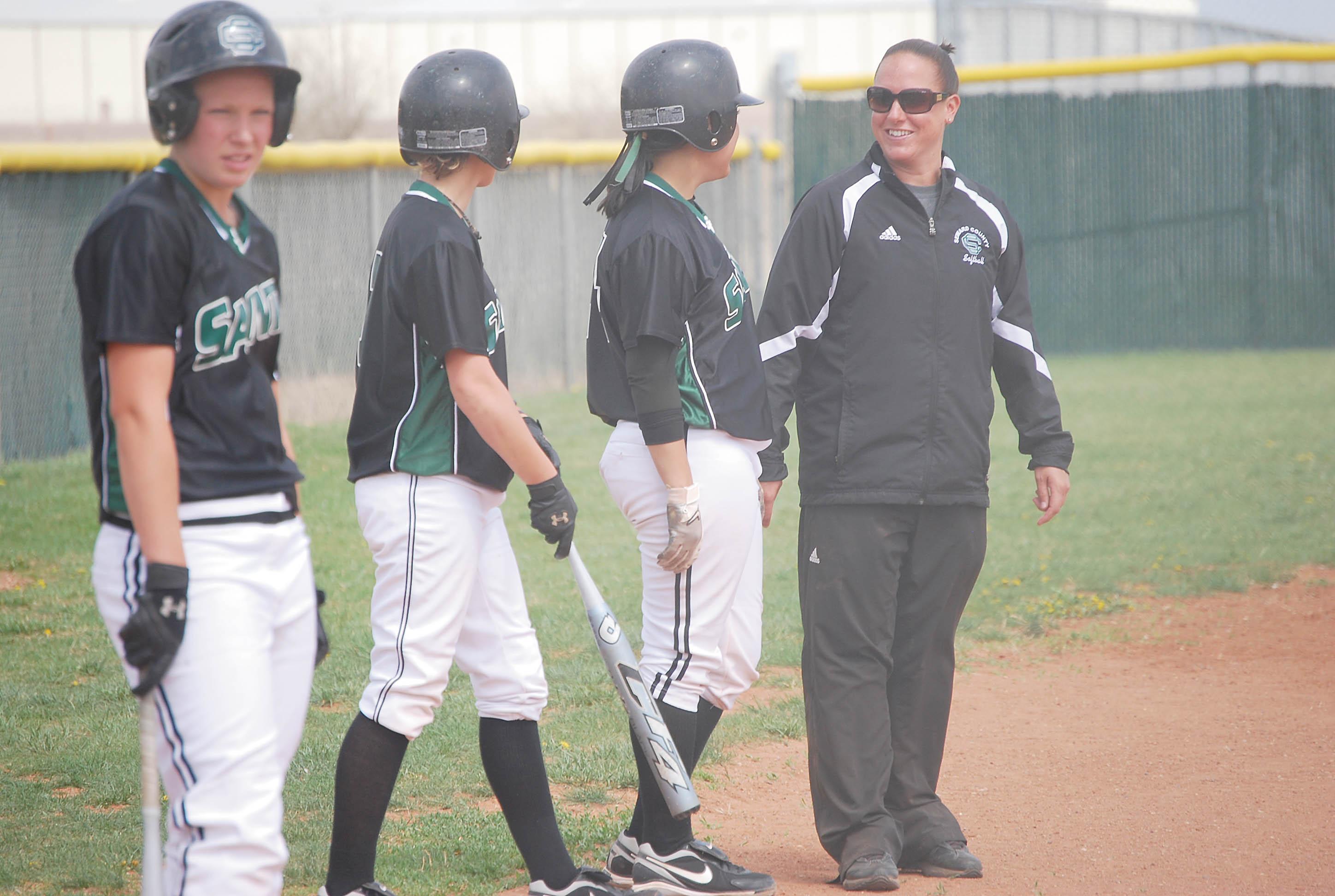 What value is in a number? In sports, numbers are everything. A player with a .215 career batting average in college most likely will not be given a chance to make a Major League team or even an Olympic team; however, a player that has a .457 career batting average in college is one of the most sought after players. Numbers apply to coaching as well. Coaches who are winning are more likely to retain their jobs and receive offers for better jobs than a coach who has a horrible winning percentage. One of Seward County’s coaches has reached a positive milestone in her career. Head softball coach Andrea Gustafson coached her team against Luna Community College on April 10. The team won 3-0 and gave Coach Gustafson the 300th win of her collegiate coaching career. “The teams that have been the most successful are the teams who have had players that were willing to sacrifice themselves for the better of the team,” said Coach Gustafson. “They have understood that it takes the entire team to accomplish goals and have understand how they fit into making the team as successful as it can be.” Coach Gustafson did not start her coaching career in the college ranks. Gustafson coached at two high schools before coming to Seward. Even though she had prior experience, that did not necessarily help her after becoming the head coach. “I basically learned on my own after coming to Seward as an assistant in the fall of 2002,” said Coach Gustafson. “I became the head coach a few months later and learned along the way. I knew the game of softball, the hardest part was the office work and figuring out how to recruit.” Coach Gustafson led the 2009 Lady Saints to their first National Tournament appearance where they finished seventh, and Gustafson believes that is her greatest accomplishment. “There’s no question: it was getting to the National Tournament for the first time last year and finishing seventh,” said Coach Gustafson. “I was so proud and happy for those kids who had worked so hard to achieve that. It meant a lot to be able to send those sophomores out that way.” Looking past win No. 300 toward the end of the season, Coach Gustafson and her team aim at this year’s national tournament. “It would be a great accomplishment to be able to get back to the national tournament, and I’d be lying if I said that wasn’t our goal. There’s nothing more that I want than to be able to see the sophomores get back there.”