No. 7 Lady Saints keep on keepin’ on 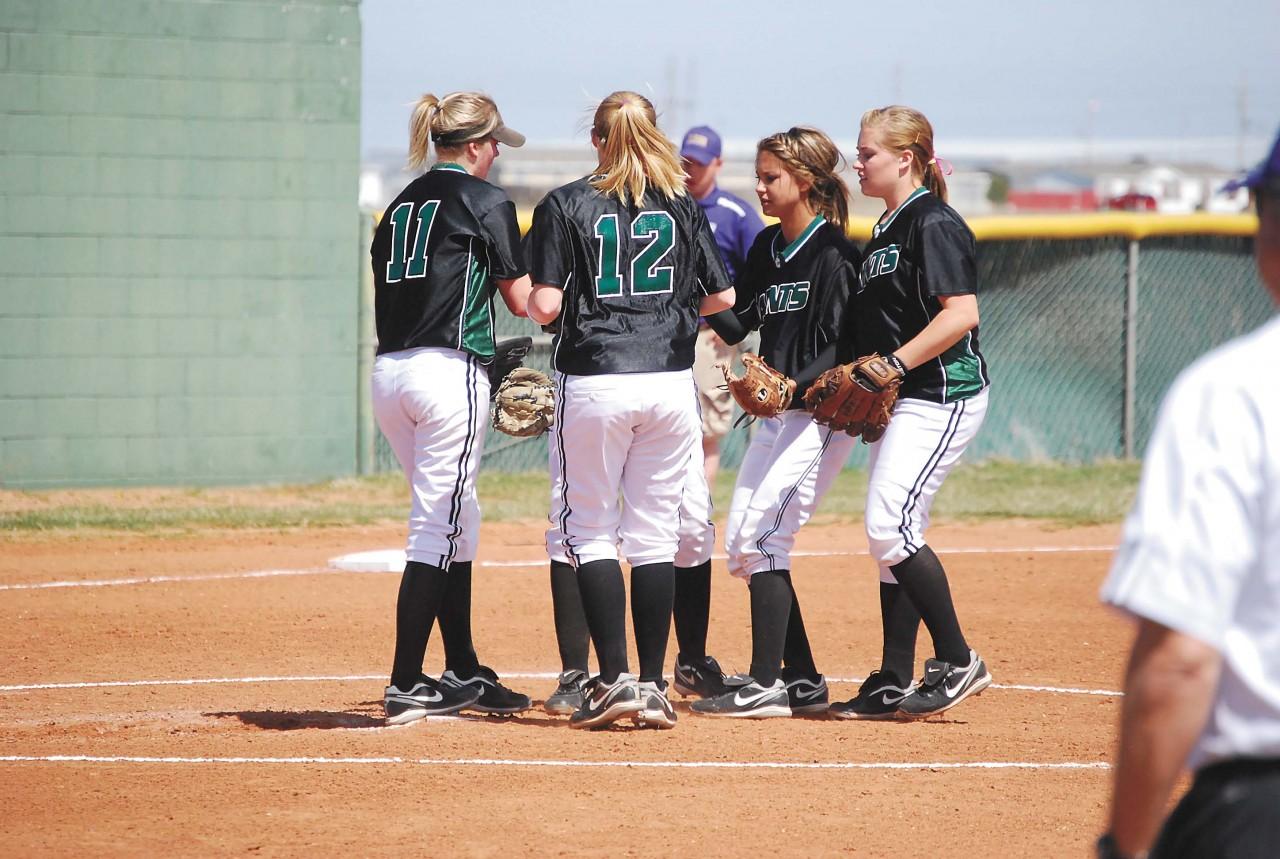 The infield huddles around pitcher Erin Roufosse after an out is recorded in the third inning Tuesday.

The No. 7 Seward County Lady Saints continue to wreak havoc on opponents as they extended their season record to 28 and 7 on Tuesday. The Lady Saints swept the Butler County Grizzlies in a Jayhawk West Conference match-up at Lady Saints Field with scores of 2-0 and 5-0. The Lady Saints were able to score two runs in the first game despite only getting two hits in the contest. Erin Roufosse started the first game for the Lady Saints and only allowed three hits to the Grizzlies. Brianna Baron hit a double in the second inning and later scored on a ground-out by Kelsea Blackstock to give Seward a 1-0 lead. The Lady Saints were not done scoring as Leah Sitter walked and stole a base to start off the third and advanced to third on a sacrifice bunt by Shelby Casey. Marisa Coats would bring Sitter in on a single, extending the Lady Saints lead to two and providing enough insurance for Roufosse to finish off the game. Roufosse pitched a complete game allowing three hits while striking out five and walking two. Baron and Brittany Kent had the only hits for the Lady Saints. Game two saw considerably more offense from the Lady Saints as they scored five runs on nine hits earning the 5-0 victory. Sydney Cicchetti produced nearly identical numbers to game one starter Roufosse by allowing four hits and getting the complete game shutout, striking out four and walking only one Grizzly. Six of the nine starters had hits in the game for Seward as Alicia Reyes, Kent and Baron led the Lady Saints bats each collecting two hits. Kent plated two in the first inning after scorching a double to right field giving Cicchetti an early 2-0 lead. Blackstock came to the plate and hit a sacrifice fly scoring Baron from third, and a throwing error allowed Kent to score from second, extending the lead to four. Coats would single in the sixth and knocked in the final run of the game. The Lady Saints are ranked seventh in the nation, the highest the program has ever been ranked