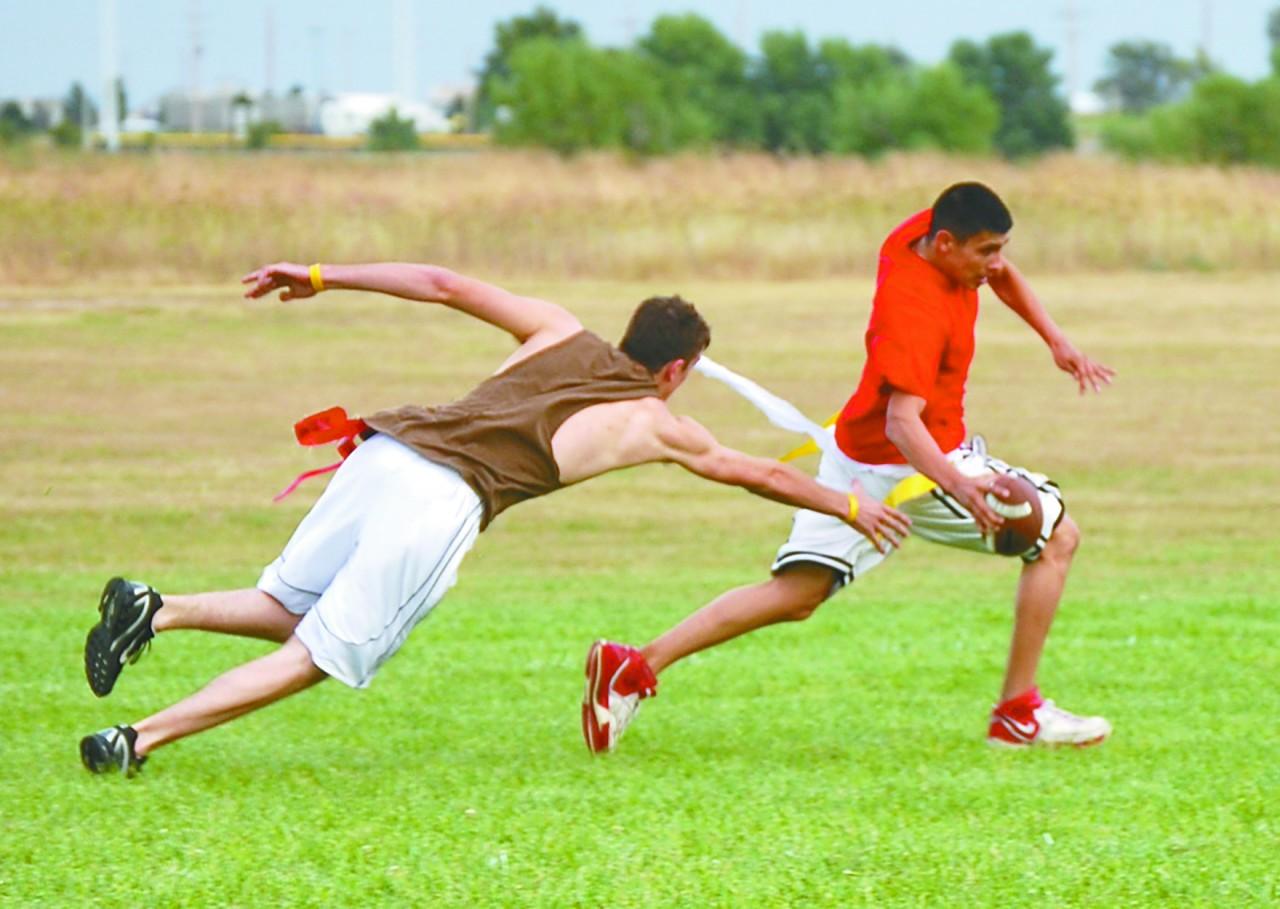 The football season is under way and the lack of a Seward County Community College/Area Technical School football team has not stopped students from being active participants in the games. Intramural flag football, sponsored by the Student Government Association, took off this year with a total of eight teams. The Skidmarks, the Sturdy Wings, Victorious Secrets, Team Jew 1, Vicious and Delicious, Team Hollywood, The Tight Ends, and Team Jew 2, will all compete for the championship title on Oct. 1. Preseason play began on Sept. 15 with all eight teams showcasing and determining the strengths and weaknesses of their teams. Regular season intramural play began Sept. 17, with the remaining games played every Tuesday and Thursday thereafter. Each team will play a total of three games, with the championship battle being determined by the teams with the most victories. Regular season is in play, and the battle for intramural bragging rights has begun.