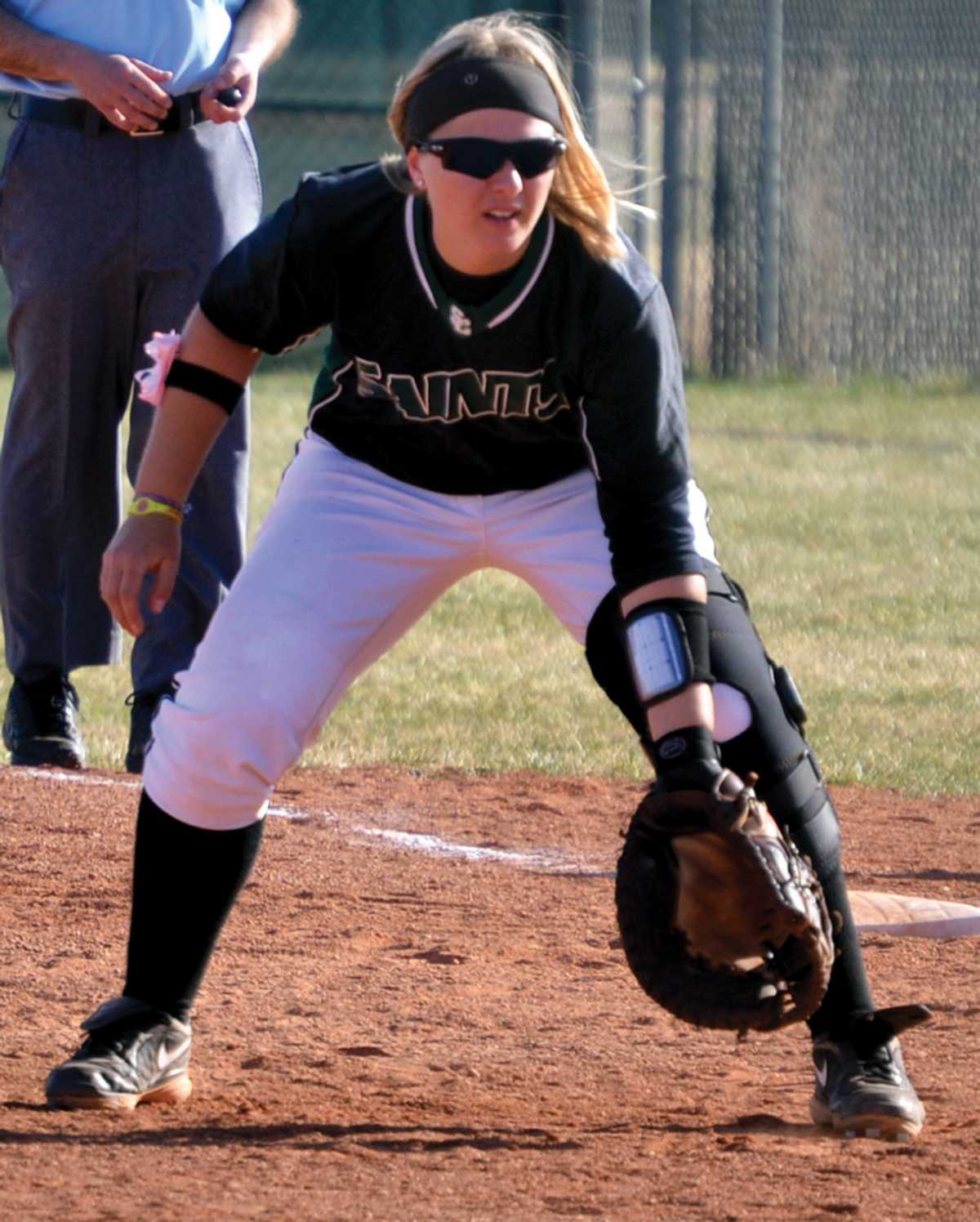 Crusader photo/Jose Medrano Lady Saint Stephanie Mark stands at first base waiting for a hit during the Jayhawk West conference opener against Butler on March 6 at home.

Seward County sophomore and first baseman Stephanie “Steph” Mark has received recognition yet again for her accomplishments. She has successfully made 100 career RBIs, which is something only she and four other Seward players have done. She also went 4-4 in the second game of the twin bill and helped the Lady Saints win their match against Lamar.

The Utah native has also recently received Player of the Week, which she describes as a bonus, “Records are just a bonus. I judge my playing on helping my team, and doing my part to stay focused.”

Mark has been playing softball for 13 years. She first began playing at the age of 7. She was a part of an all boys T-Ball team. She loved the game, and says that her love for it has not faded. “I love it, it’s what I do, and it’s what I succeed most at.”

Her biggest inspiration and her role model is her father. They are a family of two and she has a close bond with him. He too played baseball but then had to quit due to an injury. He got her into the sport; bought her a pitching machine, took her to practices, and has been her support system all her life.

She describes her team as her other family. “I have the best team, the best coaches, and the best teammates. My team is my family. It’s been a rollercoaster this season but we have the potential to go to nationals and I’m glad that I’m here and am thankful for the opportunity I have been given. The program is phenomenal.”

Her experiences at Seward County Community College/Area Technical School have been great also. Her favorite courses include psychology, history, ethics and ceramics. She likes to listen to ’60s, ’70s and ’80s rock, “Walk this Way,” by Aerosmith is her signature tune that gets her pumped before a game.

She has enjoyed her experience here and grown accustomed to the smaller atmosphere. She plans to pursue softball and see where it takes her from here.