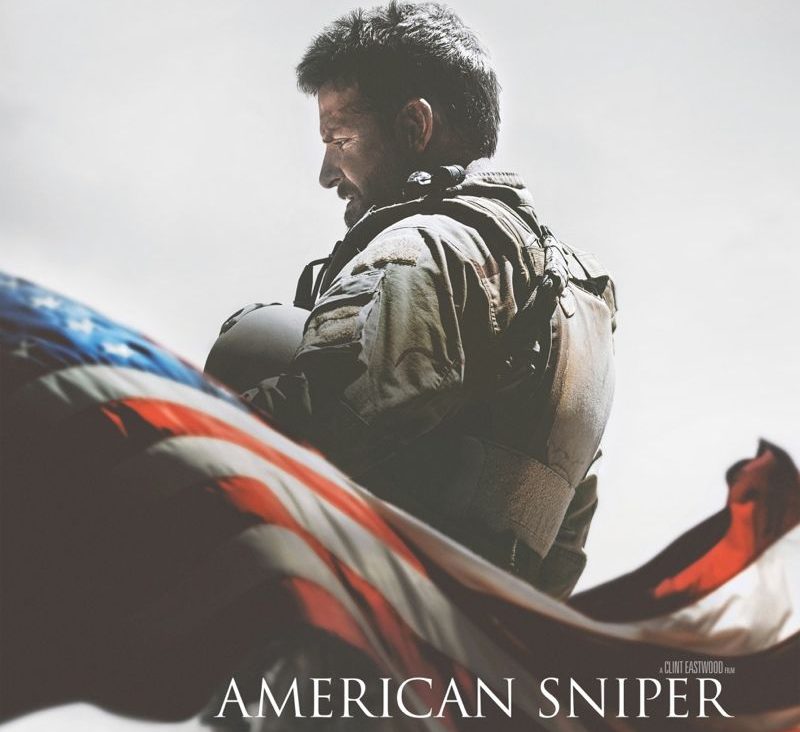 I watched “American Sniper” with my brother, neither of us knowing it was based on a true story.
American Sniper is the story of Chris Kyle, the deadliest sniper in the history of the U.S. military, and is played by Bradley Cooper.
I think Cooper did a fantastic job, not just physically, changing his lean actor build to a noticeably thicker bulk, but also portraying the emotions of a man troubled by war.
Cooper not only showed those emotions on screen but also through it. I am certain I heard people gasp on different occasions. Honestly, I mostly remember his time on the screen, his portrayal was so good that, in my opinion, he eclipsed the rest of the cast.
The movie focuses on Kyle’s life as a Navy SEAL, from being enlisted after the bombing of the American embassy in 1998 and being sent to Iraq after the attack of the World Trade Center in 2001 and following his four tours to Iraq.
The movie shows the hardships of war and what Kyle had to face, not only to survive but to save his colleagues as well.
Throughout the movie I could not stop myself from grabbing my brother’s hand in different scenes like Kyle’s first kill, a kid and his mother as they try to attack U.S. Marines with a grenade, and was kept on edge as the movie followed him and his team on door-to-door missions in search of al-Qaeda leaders.
This movie shows the different struggles Kyle had faced, balancing his life as a war hero and his life as a husband and parent of two.
The war changes Kyle. During his visits home he becomes distant as he tries to hide his troubling thoughts from his wife, all the while she also struggles with the war, Kyle goes back home and is haunted by his war experience.
Kyle tells a Veterans Affair psychiatrist what it is exactly that is troubling him, not the death of his targets but the death of the soldiers he could not save, which I thought was a very powerful thing to say. The psychiatrist tells him he can still continue saving lives from home helping injured veterans.
The last scene shows Kyle being playful with his family as he says goodbye ready to go with a troubled veteran to the shooting range. The scene fades to black as Kyle’s wife closes the door revealing white subtitles saying the troubled veteran killed Chris Kyle that day.
The end of the movie was a shock to me; it was such a huge reveal to me that this movie was based on true events, and I decided to look more into it and was slapped in the face with reactions of movie goers, full of racist and hate-filled tweets where users expressed their want to kill, Arabs and Muslims.
Aside from people’s ignorant opinions and blatant racism, there’s another bothering thing to the movie, and that is the plastic doll the movie producers tried to pass as a baby, it is a disappointment that such a well crafted movie made this type of mistake. A plastic doll with odd arm movements does not seem realistic at all.
I would recommend people to watch this movie with an open mind. Although the movie is based on Kyle’s autobiography, we should remember that it is one man’s experience and not take the movie as history but as a movie for entertainment.