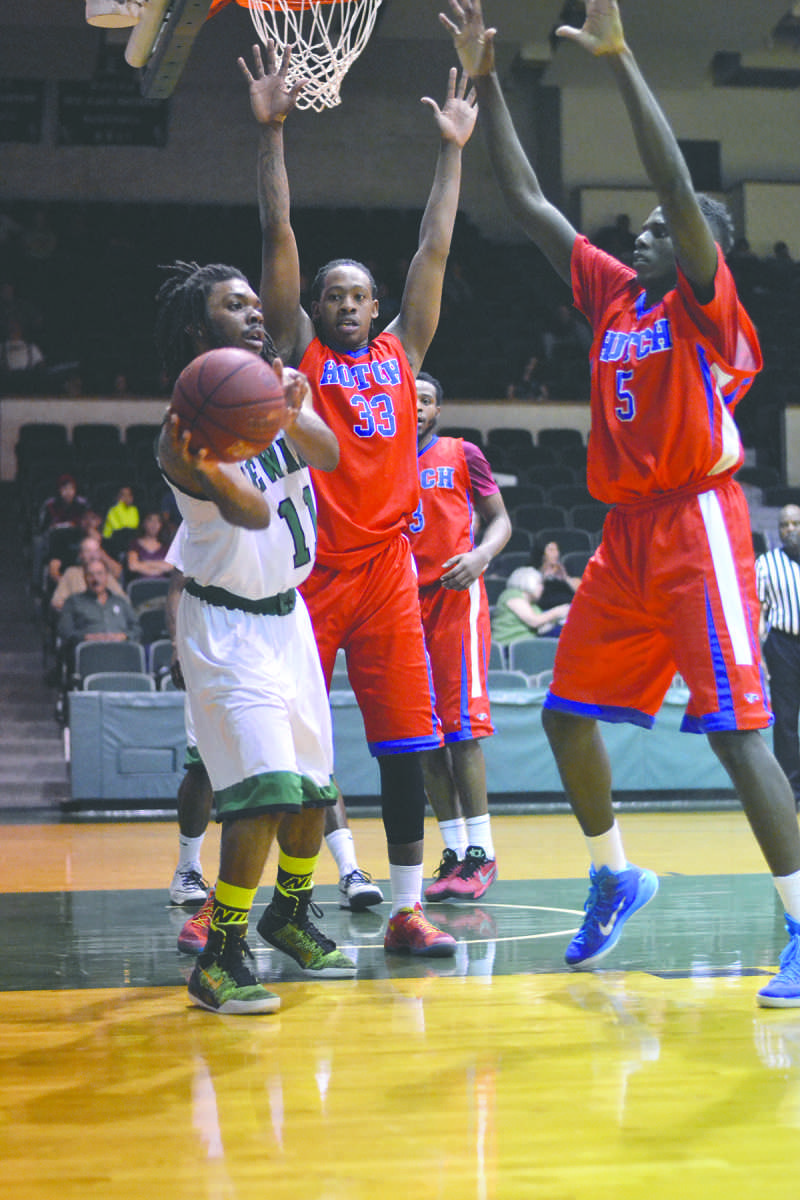 Crusader photo / Diana Chavira Tyreke Sharp makes an attempt to go up at the net but passes the ball back out to his teammates. Sharp has continued to be one of the Saints best three point shots for the season.

The Saints also came up short in their Jayhawk West Conference game against the Hutchinson Blue Dragons. The Lady Saints lost their game to the Lady Blue Dragons by a mere point, but the Saints fell further behind on the court.

Early in the game, the Blue Dragons took the lead 15-4 before the Saints caught up to speed with a three from Darius Polley to bring the game to 15-14, followed by another triple from Mitchell Packard to finally tie the game at 17.

The Saints went back and forth with the Blue Dragons and tied the game 30-30 at the buzzard for the first half, but the second half didn’t prove any better for Seward.
Hutchinson maintained a 14-16 point lead for most of the second half and never let up. Seward lost the game 75-65 and also a 20 game Jayhawk West, Green House winning streak.