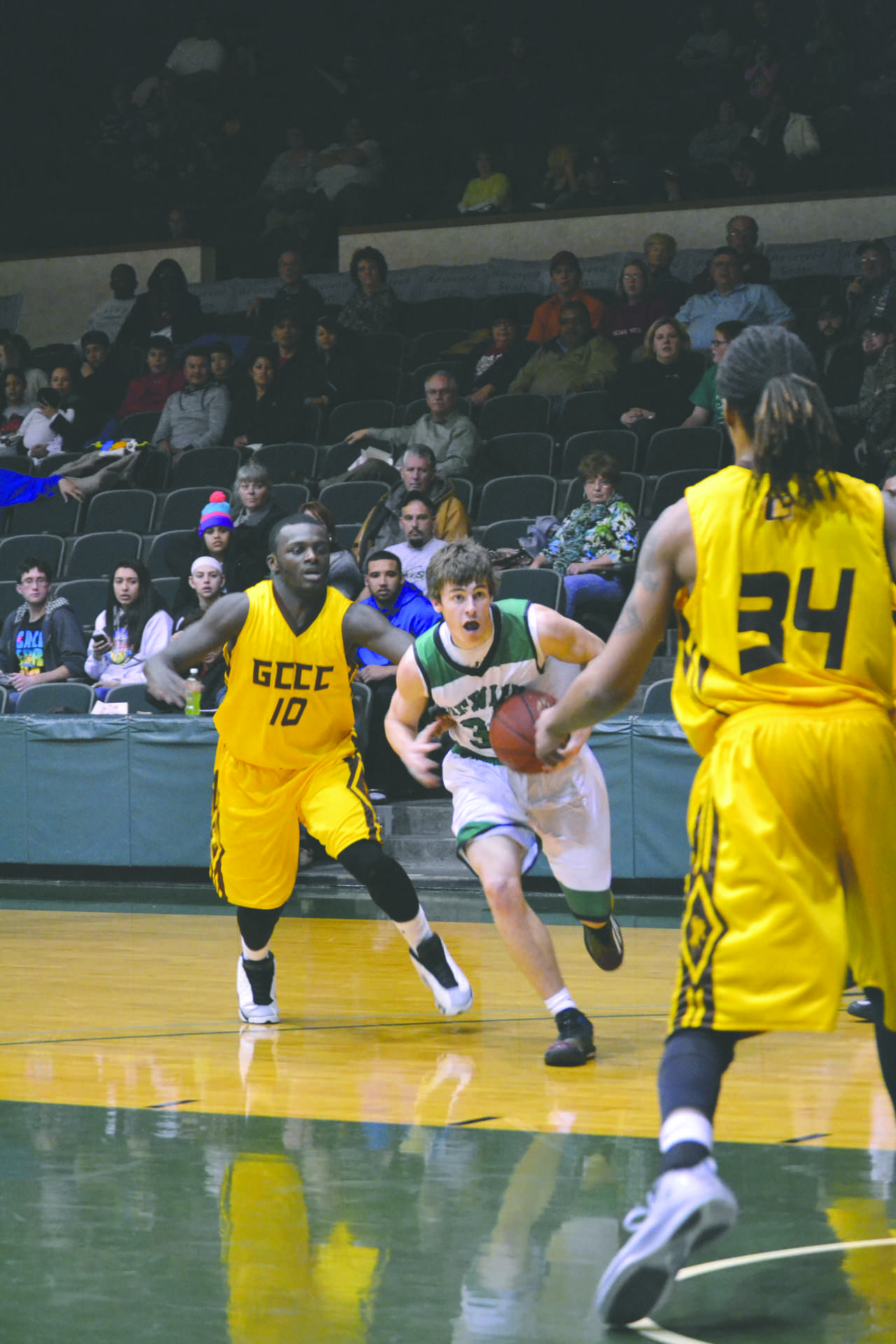 The final game of the season for the Saints was against the No. 7 team in the nation, Butler, in the Region VI Tournament.

The Saints never once gave up the lead in the second half of the game, which had everyone believing that they would surely be moving up in bracket that night, but two free throws from their opponent with merely 6.2 seconds to go tied the game.

The Saints went into overtime with the Grizzlies and were unable to keep their lead from the second half.
The Grizzlies beat Seward for the third time in a row 87-77 and knocked them out of the Region VI Tournament.
Freshman Mitchell Packard shared that it hurt knowing that they had come so close to beating the best team in the tournament.

“We look at the season as a motivation to get better,” Packard said. “It wasn’t what we wanted but we are all motivated to come back much stronger next year and have a great season.”

Before the NJCAA Region VI Tournament, the Saints had played Butler twice and were beat each time. The team’s game plan had never brought them this close to taking the win from Butler.

According to sophomore Secean Johnson, the team faced a great amount of adversity with losing players to injury, but “felt like everyone gave their best effort this season.”

The team undoubtedly had its ups and downs throughout the season. Starting with the first four games of the season, which turned into the largest losing streak for the Saints.

­­Head men’s basketball coach Bryan Zollinger also reflected on the team’s journey over the season.
Going into the season, the Saints basketball team consisted of 15 players, but towards the end of it, there were only eight players trying to make it through regionals without fouling out or getting injured.

For the region tournament with Butler, Zollinger shared that he thought the team had an effective game plan and his guys overall played their hardest.

“When it went to overtime, we ran out of gas a little bit,” Zollinger said, and later mentioned, “the guys that were there played very hard and did what they were supposed to do, it’s just that we didn’t have enough guys.”
Zollinger also clarified­­ that the majority of the second semester was played with only seven or eight men on the team due to injuries and team members being dismissed.

Although the team played their hardest for every match, their numbers unfortunately become a road block at times.

“It’s been a frustrating season for the players, for the coaches, for the fans, for everybody,” Zollinger said, “we all had higher expectations than that.”

Next fall, the Saints will be sticking to the same approach that coach Zollinger has helped execute over the last eight years of coaching, but not without going back to “examine what you did right, what you did wrong, what you can improve on and hopefully have a learning experience from it and continue to get better down the road,” when things don’t turn out as expected.

The Saints finished their regular season with an overall record of 15-16.