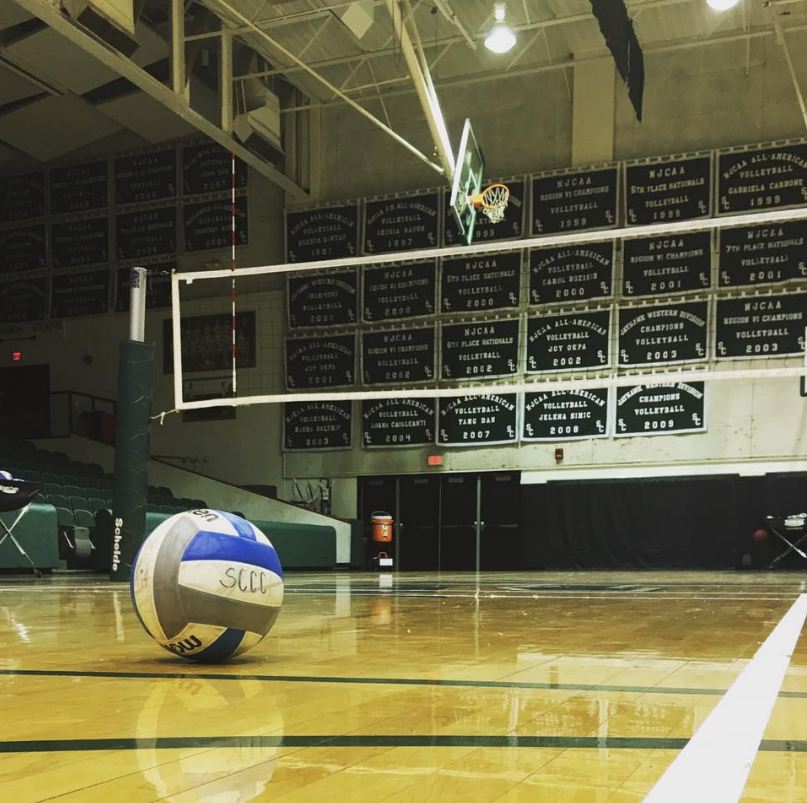 The Lady Saints Volleyball team got back to the Jayhawk West Conference action when they hosted Dodge City Community College last Wednesday, Sept. 21. The team enjoyed a very important victory from the Saints who are now more than ready to face their upcoming games.

Coach Thais B. Allen said, “We are working hard. We have been great tonight and I am pretty sure we will also be successful this weekend against Barton and next Monday against Hutch.”

The game started slow and the players were looking nervous, but the Lady Saints were the ones able to carry that nervousness away and began to look pretty sharp in the half of the first set only to let Dodge City come back to a score of 15-14. Coach Allen took the first time-out of the game when she saw her team slipping. It seemed that the time-out was the solution when the team came back to set a difference of 4 points for a score of 20-16.

Both teams switched sides after the first set and the second set was ready to be started. The game had a similar ebb and flow as the first— the lady Saints were up by 5 before dropping back behind and then climbing to victory with only a few missed points. The set went to the home team with a bulky score of 25-12 up.

During the break between sets, fans were able to participate in a fun challenge involving serving volleyballs while trying to hit Pizza Hut boxes placed about the court.

The third and final set was about to start and Dodge City was looking ready to hit back. The set was matched at almost every point until the Saints woke up to set a difference 17-13. That difference gave the Lady Saints the momentum to grab an important victory over Dodge City Community College with a final set score of 25-20 ending in a final result of three sets to zero.

One of the standout players was Amanda Pereira, setter from Santos, Brazil, who helped the team in both offense and defense to earn this victory. After the game, she said that it was not the toughest game she has ever played but still had to give it her best effort along with the team.

When asked about the home game taking place on Monday Sept. 26, she Pereira said, “We are working on that every day, [Hutchinson] are really good so we are going to keep working hard to repeat again what we have done tonight.”

Hailee Hoskinson, the assistant coach from Dodge City, also left a couple of words after the game. Hoskinson said, “The team did a good job tonight, I feel happy for my players, but now we have to learn from this defeat and be ready for Colorado Northwestern this upcoming weekend.”

The Lady Saints are all set to face Hutchinson Community College on Monday Sept. 26 in the Greenhouse. Students who arrive before match start time will receive a free coupon courtesy of Pizza Hut, so get there early and pack the house!