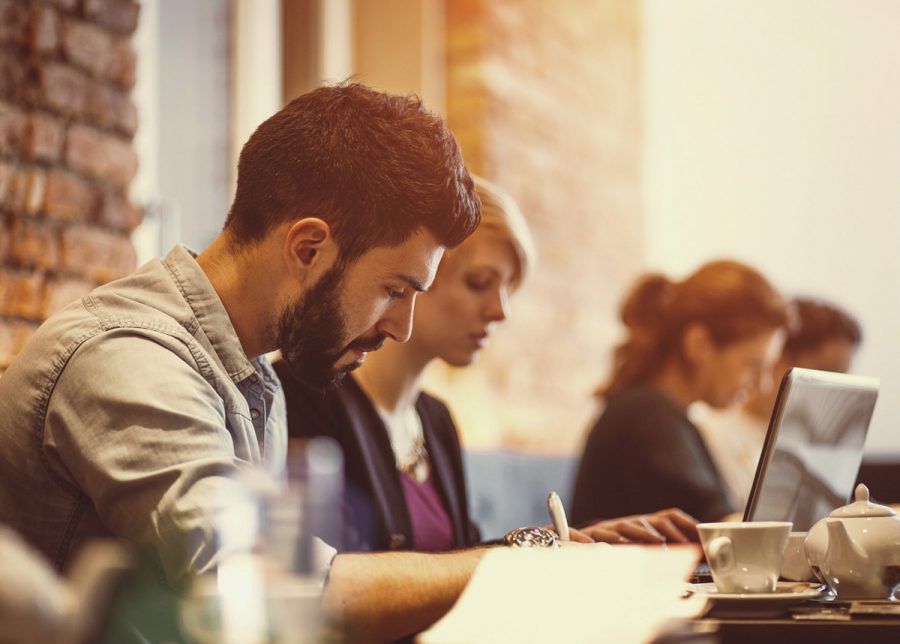 A stress management workshop was hosted in the Student Living Center upstairs lobby on Tuesday, Sept. 20. Mariah Cline, Director of Counseling, Advising & Career Services, organized the workshop to give out tips and information on time management, stress relief, and making smart life decisions.

In order to gain the full attention of workshop attendants, Cline described an event from that morning in which she was being harassed by telephone to pay money or be arrested.
“I was crying the whole phone call, I could not believe what was going on,” Cline said, making dramatic gestures to describe her physical emotions at the time of the call.

Everyone listened intently and wanted to know more about what was going on. She described being stressed about the situation as well as the relief she felt when she learned it was a scam and wasn’t in any actual danger.

After her personal story, she called on Joanna Grymek, sophomore from Krakow, Poland, to show an example of one of her main points. She began throwing soft balls at her, which at first she caught with ease. As more and more were thrown, Grymek had trouble holding more balls and began to drop them. Cline’s purpose was to relate the balls to commitments that stack up if you take on too many things at a time.

The participants then took time to talk with each other about their stress relief methods while eating pizza and soda. Overall, the students reported the stress management workshop as a positive experience.
Sophomore Eloisa Aquino said, “I learned that tickling a baby relieves stress, that’s awesome.”