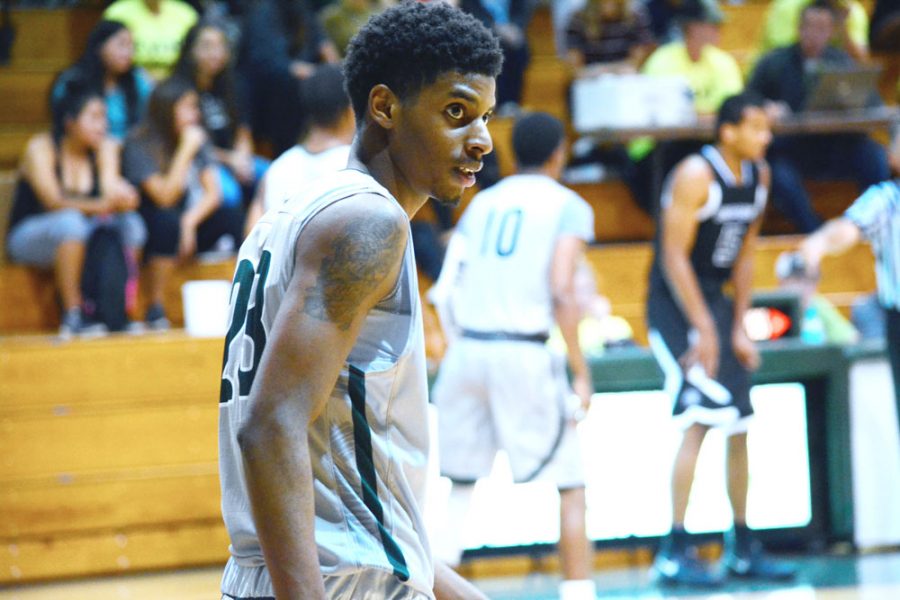 The Saints basketball team took a loss after a hard fight in double overtime against Sunrise Christian. After 50 minutes, the Buffaloes edged out to finish the game 95-90 in the Saints 2016-2017 season opener.

Seward shot under 40% on the night and turned the ball over 20 times, but the most glaring final number was on the glass where the Saints were outrebounded 56-42 by the Buffaloes. Sims led all scorers with 33 in the loss while Franklin had 14 before fouling out in the first overtime.

The Saints will have to rev things up right away again as they host Fort Carson Wednesday night in the Greenhouse in a Volleyball/Basketball double header. The Saints will play the Gorillas immediately after the Lady Saints Region VI Tournament game against Dodge City. Free tickets are available courtesy of our buyout sponsor Windtree Management at their Liberal office or at Billy’s and First National Bank in Liberal.