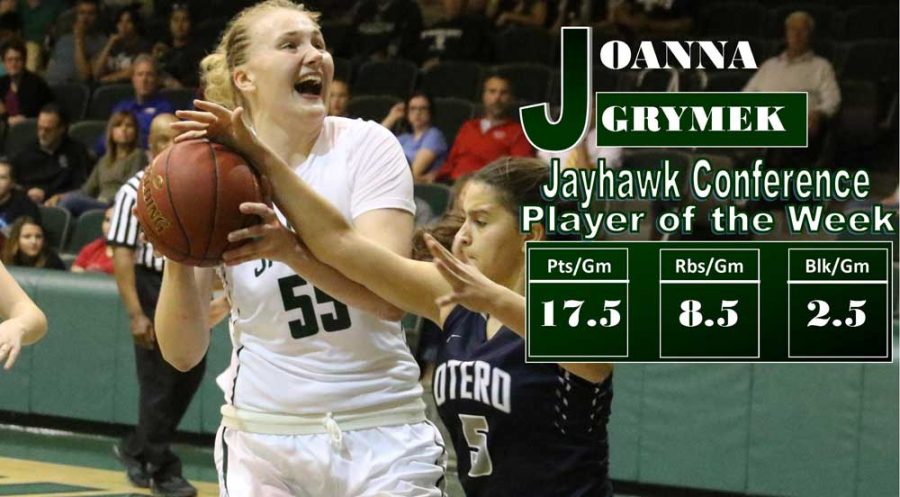 Helping lead the #20 Seward County Lady Saints to a pair of wins this week over Jayhawk Conference foes, sophomore center Joanna Grymek has been named the league’s Player of the Week as released by the KJCCC Tuesday morning.

Grymek led the Lady Saints to two wins this week, averaging 17.5 points, 8.5 rebounds, and 2.5 blocked shots per game for Seward.  Wednesday against Butler she scored 10 points and had 7 rebounds in a three point Seward win and on Saturday she came up big with a 25 point, 10 rebound  double-double as the Lady Saints cruised past Cloud 61-43.

On the season, the Oregon State signee is averaging 17.6 points and 7.4 rebounds per game while shooting 71% from the field which ranks 6th in the country.

Grymek and the Lady Saints return to the court tonight as they host the Barton Lady Cougars in a 6:00 tip in the Greenhouse.