Open tryouts for Sister Act are Tuesday and Wednesday. No experience required! 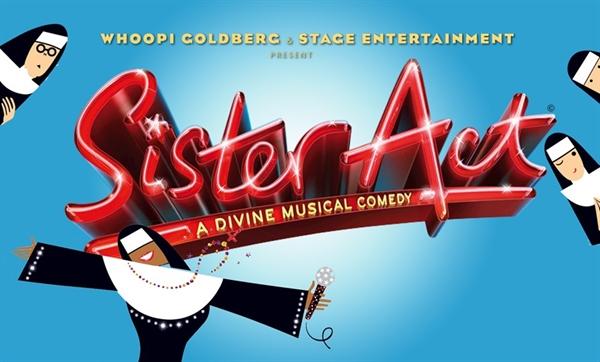 SCCC music and theatre departments will bring to the stage, “Sister Act,” as the spring musical. But first, they need singers, actors and all kinds of volunteers. Open auditions are Tuesday at 7 p.m. and Wednesday at 5 p.m. in the Showcase Theatre, Shank Humanities Building.

“Sister Act” tells the hilarious story of Deloris Van Cartier, a wannabe diva whose life takes a surprising turn when she witnesses a crime and the cops hide her in the last place anyone would think to look—a convent! Disguised as a nun, she finds herself at odds with both the rigid lifestyle and uptight Mother Superior. Using her unique disco moves and singing talent to inspire the choir, Deloris breathes new life into the church and community but in doing so, blows her cover. Soon, the gang is giving chase only to find them up against Deloris and the power of her newly found sisterhood. The show is based off the 1992 hit-movie of the same name.

This production calls for sixteen featured characters; 7 male and 9 female plus an ensemble, ranging between their early 20’s to early 70’s. All roles are open for audition. NO appointment needed, however auditioners are asked to arrive close to 7pm on Tuesday or 5pm on Wednesday. Dress comfortably.

The show’s director, Gloria Goodwin, asks participants to “prepare about 16 bars of a song that showcases your vocal range, and that is not longer than one minute in length. Please vocalize and warm up prior to your audition. An accompanist will be provided, so please bring the piano sheet music for your song, with your selection highlighted. A cappella singing or recorded accompaniment will be allowed. Those auditioning for specific roles will be asked to read from the script, sides will be provided. Adults auditioning must be at least 16 years of age by the production. ”

It doesn’t matter if you have experience or not. Goodwin and Dr. Magda Silva, who is providing musical direction, will work with you to prepare for the three performances scheduled for April 6-8.

Deloris Van Cartier Mid-20s to mid-30s, must be able to move well. A feisty, strong-willed, larger than life character. Curtis’ bit on the side. Brought up a Catholic and taught by nuns, she has rebelled against her upbringing. She has dreams of becoming the next big singing sensation, which Curtis keeps promising to make happen for her, but never will. She eventually finds what she has been seeking where she least expects it.

Mother Superior Late 40s +  Haughty, well spoken, stickler for rules and routine with a tough exterior, but she is not so confident when alone with God. We see a softer side to her by the end of the show. She really doesn’t want Deloris in her convent.

Sister Mary Robert Late teens to early 20s  A small, postulant nun. Very timid and quiet, until she eventually finds her ‘voice’. She hasn’t chosen to be a nun; she is only there because she knows nothing else.

Sister Mary Patrick Mid-20s to 30s  A large, bubbly, excitable, over the top, larger than life character. Very innocent and not at all worldly-wise; everyone’s friend.

Sister Mary Lazarus Mid-50s+  Choir mistress who gets moved aside. Bit of a grump! Nothing fazes her, she takes everything in her stride, even rapping!

Monsignor O’Hara Late 40s+  A friendly, good natured gentleman. Always bright and positive, even though his parish is almost non-existent and faces closure. He loves the change that Deloris brings to his church.

Curtis  Mid-30s to 50s, dependent on casting of Delores. Confident, chilled out, gangster. He is always in control of the people around him, his actions and any situation he finds himself in. He is untouchable, or so he thinks.

Eddie  Same age as Deloris, must be able to move well. Police Officer – Totally uncool! Bit of a nerd, but there is a cool guy hidden inside him, waiting to get out! He is often downtrodden but takes everything in his stride and is a good cop.

TJ  20s +  Youngest of Curtis’ henchman and his nephew, which is the only reason he has the job! He is naïve, daft and childlike and easily manipulated. Finds humor in everything he can.

Joey  30s +  Curtis’ head henchman. Does what he is told without question. Thinks he is a cool ladies’ man, but he really isn’t!!

Pablo 30s +  Curtis’ Hispanic henchman. He is quiet, moody and the toughest of the gangsters. Most of his dialogue is in Spanish. He is a slick smooth dude, but slow!

Ernie  30s +  Curtis’ oldest henchman. He gets killed in Act 1, Scene 2, for grassing on Curtis to the police.

For additional information you may call Gloria Goodwin at a620-417-1560 or email: [email protected]