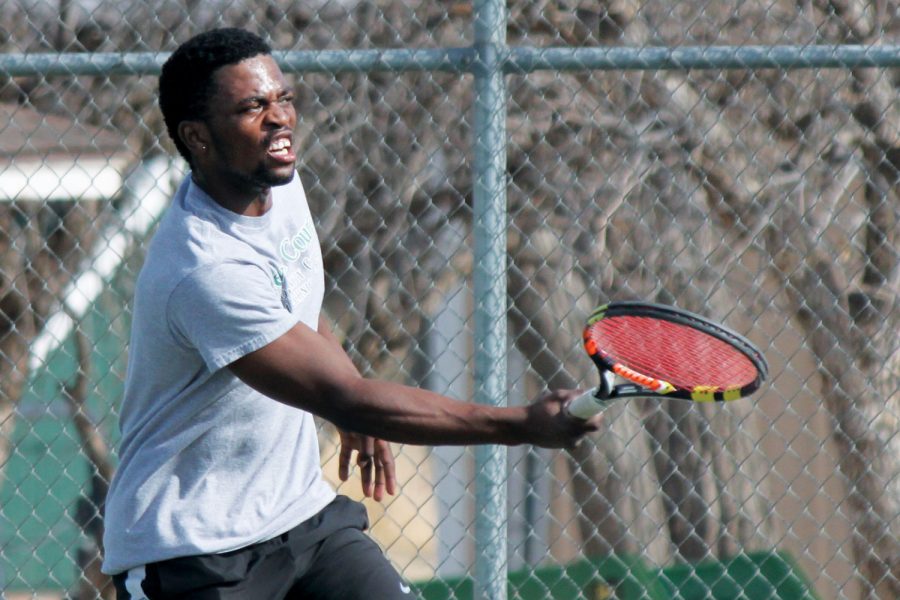 Expectations are high for the men's tennis team. They finished the fall pre-season ranked fifth in the nation. They hope to build on the momentum this spring.

The spring 2017 tennis season for Seward County Community College kicks off with the men’s tennis team traveling to Arkansas this weekend.

Last semester, the men’s team achieved the ranking of fifth in the nation, while Carlos Anez and  Ondre Nice won the doubles’ national championship. The team expects this semester to be even greater. The tennis team and coaches are very excited for the upcoming tournament schedule and practice hard everyday.

The tournament that head coach Greg Owen said he is most excited about is the regional championship in April. A good showing there is one reason the team works hard. Owen said the key ingredient toward regional victory is playing many challenge matches during the season.

Owen expects every player to perform at their best.  While tennis is often look at as an individual sport, the coach said this season is really more about team. Team play involves unity, support and pushing each other.

To reach their goal of winning regionals, the men’s tennis team practice every day between 1:00-3:00 pm at Bluebonnet Park which is  near SCCC. After practice, they go to the gym, do pool workouts, run around campus or do Yoga. Most players on the team put in extra hours outside of practices to improve on personal development in their game. The players said coaches are always supporting them to improve their skills even at night if anyone on the tennis team wants to do some drills.
Coach Owen said, “I know that everyone is excited for the upcoming season so I hope that everyone will come to watch tournament and to support us.”