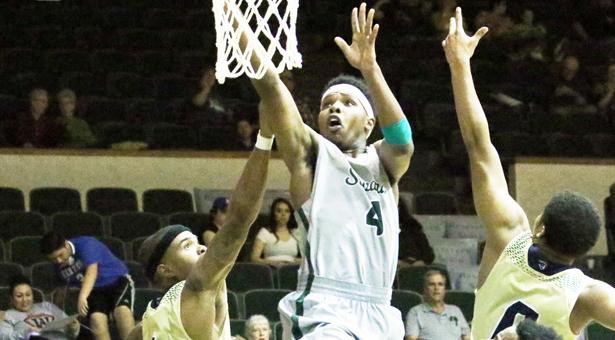 The Saints add another loss to their record. Not being able to get a win in, the team loses against Independence on homecoming night. The Saints had a rough start with Independence taking the lead at 12-2.

At halftime with a score of 34-33, the Saints had the lead. Both teams were going back and forth both making a few points here and there. Independence then took a 10-point lead. The Saints kept fighting, but Independence was not backing down. Saints lose with a final score of 83-75.

The Saints are now 8-19 and 5-18 in conference play. Up next for the Saints is a game against the Trojans on Wednesday at Colby.