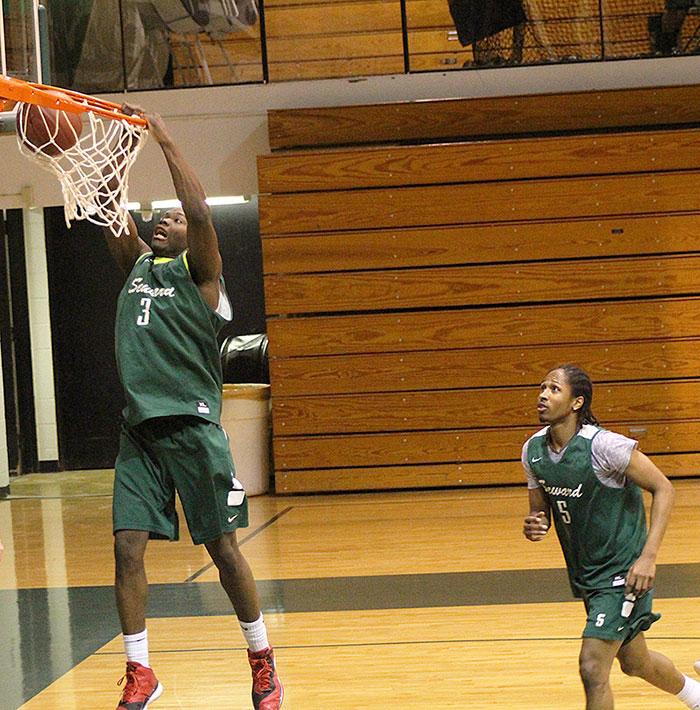 Sophomore Ernest Carter, finishes a play with a slam dunk from a assist from teammate Jeromie Simmons.

It has been a tough season for the Saints and Wednesday night wasn’t much better. The Saints fell behind 30-52 in the first half. Center Martavious Wilson did as much as he could to will to the team to a win. He led the team with 24 points and 8 rebounds. Including four 3-point plays.

In the second half the closest the Saints were able to get was 12 points but it was too little, too late. Pierre Johnson led the team in assist with 5. The game ended with a score of 76-92.

Saturday the Saints head to Dodge City. Tip off is at 3 p.m.