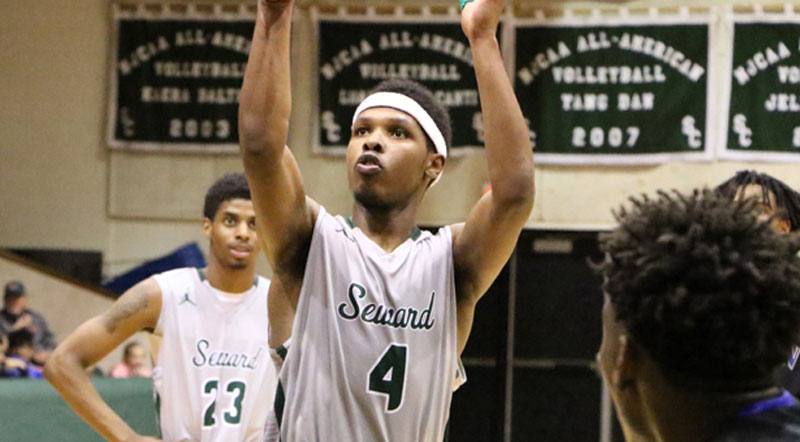 The Saints travelled to Great Bend to take on the Barton Cougars on Thursday night. They started off good taking the lead of the game.

Seward was only down two points at halftime, keeping the score tight at 31-29.

During the second half of the game it became rough for the Saints. Barton gained victory over Seward with a final score of 76-62.

Although the team lost, it was a big night for #4 Charles Beauregard. Beauregard reached 1,001 career points. He is the 13th player on joining the elite company in hitting 1,000 points.

The Saints finish their season at 9-22.