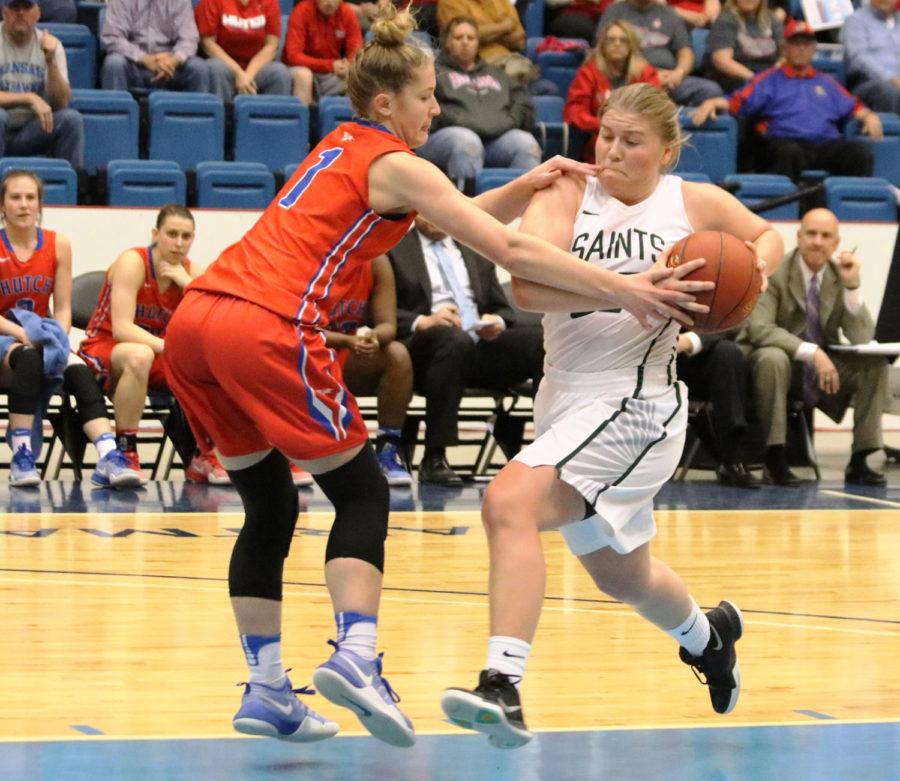 It was a hard fought battle at the Region VI Tournament Finals between the #4 Lady Saints and #2 Hutchinson. The teams had been 61-0 against all teams other than each other.

While shooting 30% from the field the lady saints fell behind at halftime at a score of 23-27. The Lady Saints had help from their bench as Manuela Fungate scored seven points off the bench in the first quarter.

In the second half the Lady Saints came out strong with seven straight points to reach a three point lead, but the lady saints cooled down and ended the quarter at a score of 38-46.

Hutchinson started off the 4th quarter strong and wouldn’t give up their lead the rest of the way. The final score was 65-44 to give the Lady Saints only their second loss of the season. Mollie Mousney led the team with 11 points.

Hutchinson earns an automatic bid to the NJCAA National Tournament in Lubbock, Texas March 20-25 while Seward will have to play the waiting game until Sunday to get their official invite to the tournament via an almost guaranteed at-large bid.

With the win Hutchinson earned an automatic bid to the NJCAA National tournament in Lubbock, Texas March 20-25. Seward will have to wait for the announcement of the at-large bid to see if they were were invited to the tournament.