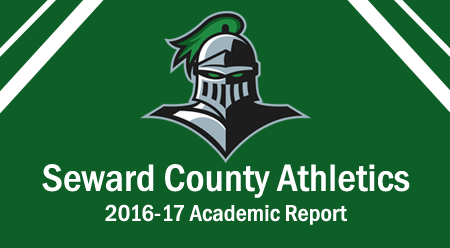 The academic recognition continues for Seward County athletic teams, as the 2016-17 KJCCC academic report was released Monday (Aug. 7) with three SCCC teams earning the top cumulative GPA in their respective sports. Men and women’s tennis, along with women’s basketball, all earned the highest GPA in their sports.

Women’s tennis earned the highest GPA among all Seward County teams, with a 3.55. Women’s basketball and men’s tennis came in a close second and third in the department with 3.50 and 3.48 GPA’s, respectively.

Although not the top of their sport, volleyball was the fourth team for Seward County to earn a GPA over 3.0. As a team, volleyball earned a 3.33 GPA for the 2016-17 year.