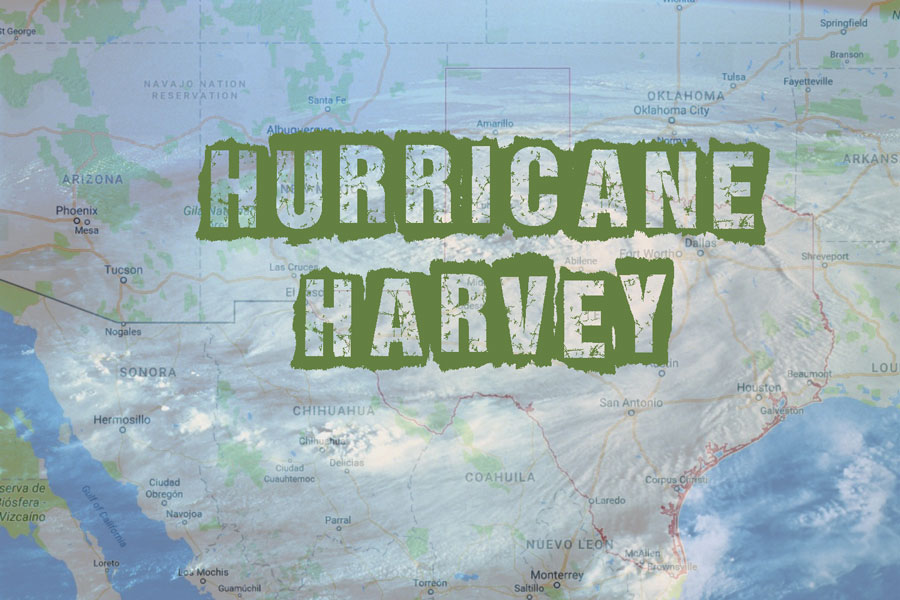 Hurricane Harvey, a horrific hurricane happening in the southeast part of Texas, is impacting many lives nationwide, including the lives of Seward County Community College students and their family members.

As a whole, SCCC has approximately 69 students from the state of Texas, not including students from different areas that have family in the area affected by this natural disaster.

Hurricane Harvey hit land on Friday, moving in from the Gulf Coast. While it was moved down from a category four to a tropical storm, it is wreaking havoc due to the torrential rains. According to The Weather Channel, Hurricane Harvey may end up being one of the worst flood disasters in U.S. history. Experts project that in some parts of Texas, 50 inches of rain may occur. It’s being called the “800 year flood.”

For some, the storm is affecting them in only mild ways. Barbara Feese, a receptionist at SCCC, has family in the Houston area. As of right now, her family is on high ground and staying away from the storm.

“When I talked to them at lunch, they were still doing okay and still had electricity. I hope it stays that way, but we just have to keep praying,” Feese said.

Others however, are not as lucky. SCCC sophomore, Miguel Rogers, has an aunt in the Houston area.

“My aunt, Beverly, has been dramatically impacted by the hurricane in Houston,” Rogers said. “She has lost her home and her place of work.”

The building where Beverly was an accountant, has been completely flooded, along with her home. At the moment, they are unable to get back into contact with Rogers’ aunt due to the storm’s effect on the power lines. The sophomore said his family is trying to stay positive and hope that she is safe through this tragedy.

Overall, Hurricane Harvey has impacted families and areas in the U.S long-term. Even though the storm is expected to continue for several more days, the effects and damage will last for years.

Throughout the nation, people are pulling together to help the devastated area. There are many shelters and donation pages that are being used to help the victims in need. To help those in Hurricane Harvey’s path of destruction, go to:

Salvation Army: is providing shelter, food and clothing. Go online to donate or call 1-800-SAL-ARMY. You may also text “STORM” to 51555.
American Red Cross: is manning shelters and providing meals, cots and blankets. You can go online to donate or call 1-800-RED-CROSS. The American Red Cross is also doing a text caster — text the word “HARVEY” to 90999 to make a $10 donation.
Check with church organizations. Many denominations are working with the Red Cross to help meet needs quicker.