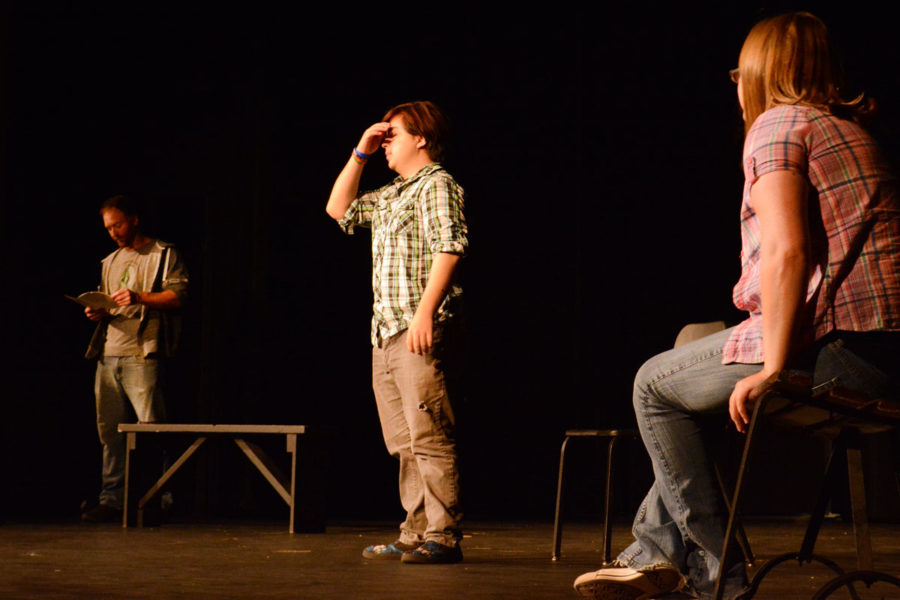 On Friday, the Seward County Community College Theatre Department put on their own rendition of a “Mixed Plate,” varying from interpretive dancing, to one man scenes and even a sneak peak of the upcoming original play, “That’s Mighty Liberal.”

The Mixed Plate was an hour filled with laughter from the audience. All of the performers set out to make this an enjoyable night for the audience and it did exactly that. Member of the community, Matt Teel, might have been the highlight of the night. He gave a hilarious one man scene that had the audience laughing the whole time.

Teel played a man who had been on a flight from London, England to Kansas. During the flight, he had somehow fallen out of the plane while still attached to his chair. The rest of the scene was filled with amusing phone calls with the airline service, his friend and his wife. Eventually, it is discovered that he had landed in Lake Superior and all he can do is wait until he is found.

“That was probably my favorite scene of the night, I couldn’t stop laughing,” Anthony Anaya said.

For the sneak peak of the upcoming theatre production, “That’s Mighty Liberal,” the cast performed a scene explaining how the town of Liberal was given its name. The play seems like it is taking place in present time and the actors are presenting the history of Liberal, Kansas.

“I didn’t even know they were making a play about Liberal, I’ll definitely have to come and see it in the spring,” Samuel Cruz, SCCC Alumni, said.

In the spring of 2018, “That’s Mighty Liberal,” will make it’s debut and will be performed by students, along with members of the Saints community. Make sure to get out and watch this original production when it comes!