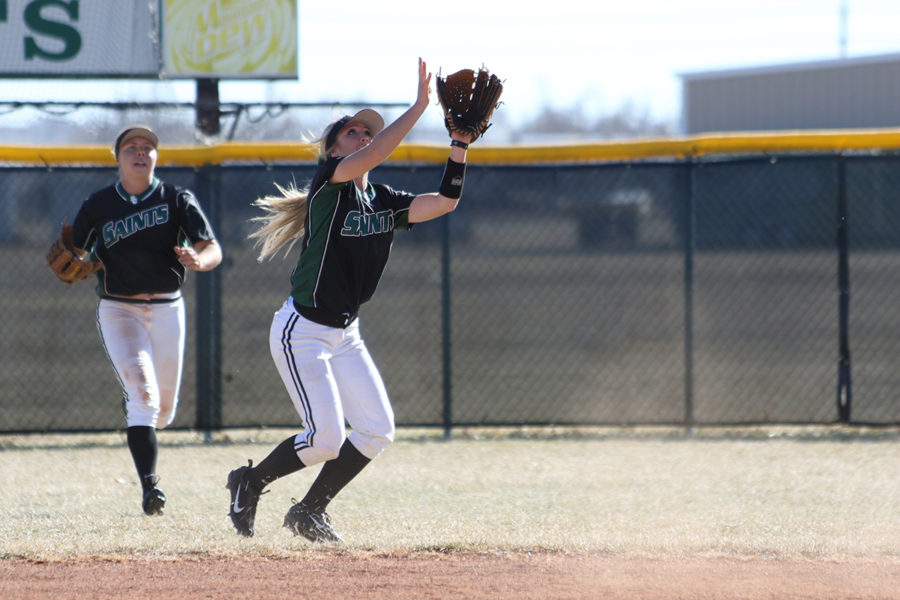 On Sunday’s home opener, the Seward County Softball team split a double-header with against Lamar Community College. The Lady Saints run-ruled the Runnin’ Lopes with a score of 10-1, before losing the second game, 5-1.

Sophomore right-handed pitcher, Monique Ashley, pitched all five innings of the first game. Ashley gave up just one run on three hits and added eight strikeouts to her season total of 66.

During the second game, SCCC struggled to keep the momentum up from the first win.

The Lady Saints started the game with freshman, right-handed pitcher, Jordan Cordrey in the circle. Cordrey pitched all seven innings of the loss, giving up three earned runs on 11 hits, while striking out three batters.

Lamar Community College stayed up on top for most of the game, earning 2 runs during the first inning. Seward earned one run, leaving the score 2-1, before the Lopes extended the lead 5-1 in the fourth inning.

The Seward County Lady Saints softball team will continue their season on Tuesday, Feb 20, where they will play a double-header against Northern Oklahoma College-Enid in Enid, Oklahoma.