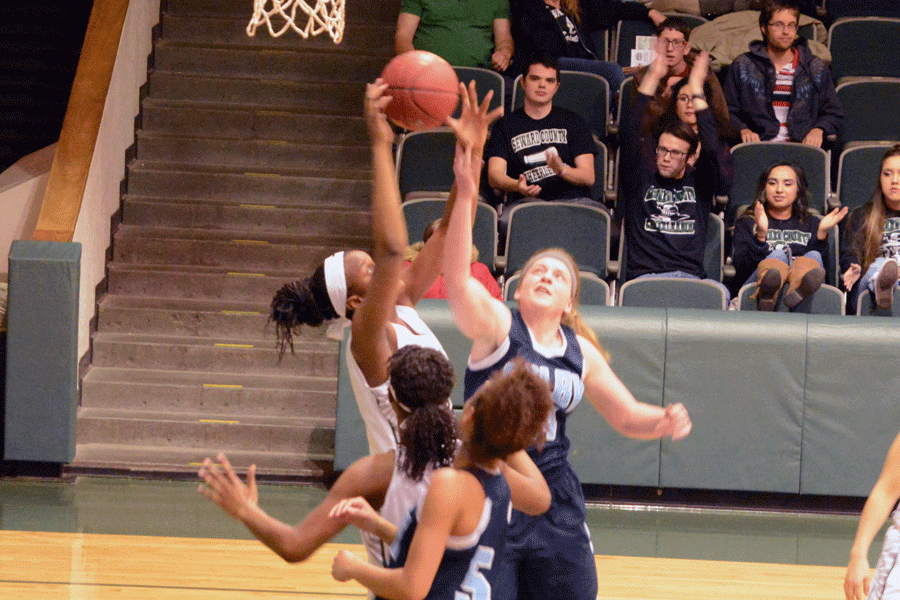 The Lady Saints broke not just one, but FOUR records, on top of tying two more in the world of basketball on Wednesday night. Seward County Community College Women’s basketball not only put every single school record to shame, they even broke a NJCAA record and tied with NCAA D1 and the NBA against Colby Community College.

The Lady Saints kicked off their record night with a 19-0 lead to begin the first quarter. Colby struggled to keep up from the start, ending the first half with a score of 27-9. SCCC finished the first quarter with five threes and six assists.

The fourth quarter consisted of breaking a record for the largest margin of victory over a Jayhawk opponent in school history, 85 points. Seward finished the historical game against Colby with a score of 130-48, winning by 82 points.

The four records broken by the Lady Saints were: Most assists in a game (40), Most points in a Jayhawk game (130), most three-pointers in a game (25) and the largest margin of victory (82). SCCC also tied the NCAA D1 and NBA records with their 25 three-pointers.

The Lady Saints will be back in action in the Greenhouse on Saturday, Feb. 24 against Dodge City Community College, starting at 6 p.m.