Diving into the history of the Kansas underground railroad 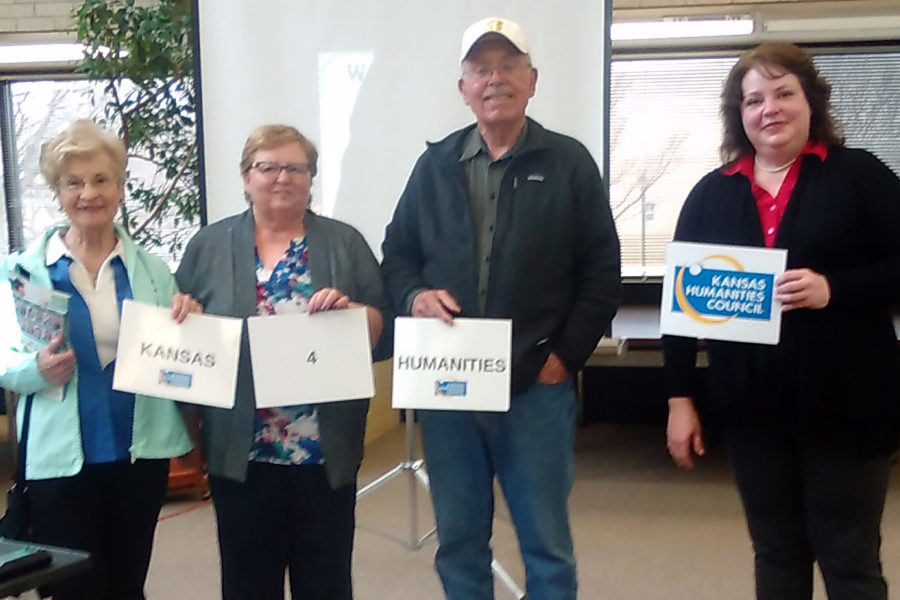 Courtesy photo of the SCCC library

Anne Hawkins tapped walls and examined floorboards in the 19th century limestone Kansas farmhouse she grew up in. As a young girl, the native Kansan hoped to find secret passageways and hidden rooms where escaped slaves might have harbored.

Finding none, she searched the archives to learn where fugitives in the Free State hid and were helped to freedom. What she found sparked a lifelong interest, even a career at Washburn University teaching U.S. History as an adjunct professor.

Hawkins spoke on “Lawbreakers for a Common Good” to Seward County Community College’s library on March 21. The presentation focused on the role Kansas played in the Underground Railroad and on those who helped slaves find their way to freedom.

In the 1850’s the Fugitive Slave Law was put in place. This meant that African Americans were considered to be property and to hide them would be a crime of theft. For most states fines and a couple months in jail was the punishment, but the state of Kansas had one of the strictest slave holding laws in place.

“Kansas was the most dangerous place to be working on the Underground Railroad. In every other state you got a $1,000 fine or six months in jail. This wasn’t the case in Kansas,” Hawkins said. “In Kansas if you were charged with helping an enslaved African American get to freedom you faced the penalty of 10 years in prison or the death penalty.”.

She pointed out that those who had the courage to help others find the road to freedom shared common characteristics. One of them being: The courage to move.

For example, a man named William Dominick was an African-American male who was born free. He felt a higher calling and moved to Leavenworth. He established a boarding house with the intention of hiding slaves. He worked through the civil war and stopped in 1865.

John and Mary Jane Richie also moved to Kansas with the goal of leading slaves to the north. They were a couple who used their home in Topeka to house runaway slaves. They built their home with walls that were 18 inches thick. They built them that way knowing that bounty hunters would do everything possible to kill those who ran away from their “owners”.

“Their home is still standing in Topeka today.” Hawkins said.

People who had the courage to move also shared the willingness to leave their comfort zone.

“A woman named Sarah Armstrong was a homesteader. Her neighbor had many slaves who were children and when her neighbor would step out she would call the kids over and teach them how to read,” Hawkins said. “This was illegal, but this was her act of defiance.”

Richard Cordley is another example in which this principle is applied. Cordley was a pastor who preached that treating African Americans as anything less than human was a sin. During his sermons he vowed that he would always open the door to any runaway slave who had the dream of freedom.

He decided to put his words into actions and moved his wife to Kansas.

When he got there the fear he preached to overcome suddenly became real. He once said:

“It is easy to be brave a thousand miles away. But now I must face the question at short range.”

Hawkins presentation was brought to SCCC by the Kansas Humanities Council. The next library lunch will take place April 27. Kevin Rabas, a Poet Laureate for Kansas will be presenting.