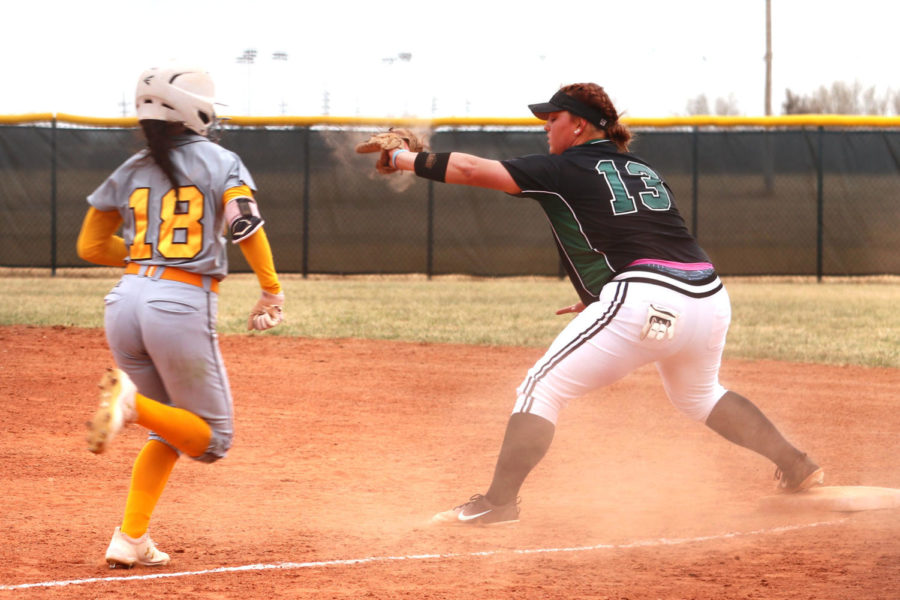 Freshman first baseman, Madeline Owen, prepares to catch a ball and get a Broncbuster opponent out on first.

The Lady Saints softball team continues their six-game winning streak and remain undefeated in the Jayhawk Conference after beating Garden City in a double header on Wednesday, March 21 with scores of 8-0 and 7-2.

In the first game, sophomore pitcher, Monique Ashley, struck out 11 batters and only allowed three hits. The Lady Saints ended with 12 hits in the run-rule, with eight Lady Saints ending with an RBI.

In the second game, Seward continued to hit well, earning 11 hits. Both teams were tied at 1-1, but SCCC quickly regained their lead with another three runs making the score 4-1.

In the sixth inning, Garden was able to earn one more run, while the Lady Saints extended their lead with four more runs, winning the game 7-2.

The Lady Saints will compete against the Barton Cougars on Sunday, March 25, starting at 2 p.m. in Great Bend.