Fortnite takes over campus, even life for some students

No matter where you go on campus, you will hear someone discussing the video game, Fortnite: getting ready for class, in class, sitting in front of the library, eating in the cafeteria or hanging out late night. The video game has taken Seward County Community College by storm.

The hype surrounding this game causes students to play … play some more … and then play even more. They stay up all hours of the night in an attempt to earn a Victory Royale — or a win. It’s not easy to get a victory on Fortnite, but according to sophomore Terrell Alfred, once you get it, you just want to keep getting more.

“The process of getting a victory on Fortnite is not easy at all, which makes it very competitive, but if you can get a victory, you get an adrenaline feeling that you want to keep playing,” the sophomore, who spends five hours a day playing, said.

While Jesse Navarete didn’t have a lot of victories on Fortnite, he thought that he might have more than his friends. The freshman from Liberal got hooked on the game in the beginning of the second semester.

“Someone should play this game because it’s free on Xbox, Playstation, mobile and PC. It’s a very fun battle royale type of game. The reason why it’s highly competitive is because it’s just you thrown on a map with a hundred people and you have to survive until the end and there’s not that many games like it yet,” Navarete said.

He added that “someone should definitely play this game because overall it’s an enjoyable game and they should know someone who has experience playing, which will be even more fun. Lastly, it takes strategy to get good and learn how to play it.”

Fortnite is a co-op sandbox multiplayer survival game developed by Epic Games and People Can Fly. Since its release in 2017, it has become a major title of the battle royale genre.

The main gameplay follows the genre’s standard format: up to 100 players airdrop from a floating bus onto a randomly generated map, which includes a random distribution of weapons, armor and other combat support features.

The game’s “safe zone” – or the eye of a storm that is ravaging the world – decreases in size. The “safe zone” continues to get smaller and smaller, forcing player encounters. Players caught outside the zone are either damaged or die.

The main goal is to be the last player (or team) alive by killing or avoiding other players. After killing the last opponent (or team) you get a #1 Victory, also known as “dubs” in the gaming community.

Isiah Small, New Jersey freshman, admitted that when he first started playing the game he would “rage quit.”

“I didn’t know how to build fast whenever someone was trying to kill me,” Small said and quickly added,  “But now I am average and can build quick.”

Fortnite Battle Royale’s primary distinction from other battle royale games is the crafting system, or “building” as Small called it.

Nearly all objects in the environment can be broken down into resources (wood, brick and steel) which then can be used to build fortifications of limited durability, such as walls, stairs and ramps. These objects may be used to help traverse the map, protect the player from gunfire or slow down progression of other players.

One thing that makes this game so popular is that it can be played on multiple devices and systems. At SCCC, most play on either PlayStation 4 or Xbox 1. While a few students said they play on PC and on their phones, most prefered to play on consoles.

“I play Fortnite on my friend’s PS4, but I sometimes play on mobile as well,” Small said. “I don’t have a lot of dubs on Fortnite, but that doesn’t mean I am trash at the game. I get dubs every now and then, but I guess I am decent at the game,” Small said.

Fortnite has taken over the gaming world. It’s so popular that there are multiple Fortnite streamers that enthusiasts may watch on Twitch, a gaming community. Tyler Blevins, known as “Ninja,” has over 7 million subscribers on YouTube, 1.3 million Twitter followers and more than 4 million followers on Twitch.

All he does is show himself playing Fortnite live. He streams this feed from morning until night. Blevins told CNBC News, during an interview, that he makes more than $500,000 a month just by streaming his video gameplay. He’s even played against rap and movie stars.

Fortnite has ruined many things, from friendships or relationships to consoles or keyboards. 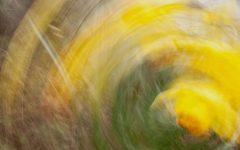 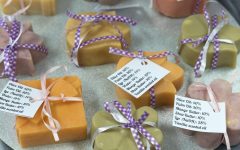 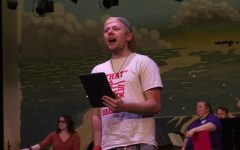 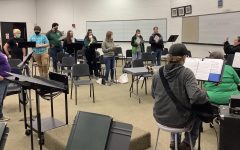 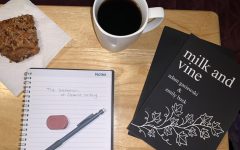 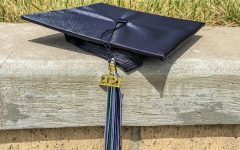 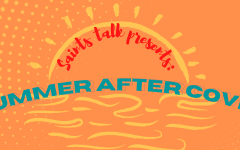 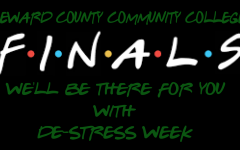 Fortnite takes over campus, even life for some students